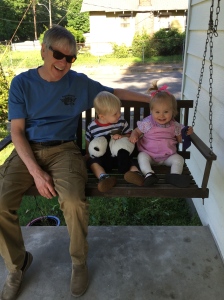 I’ve written before what a joy it is to be a granddaddy. With our oldest grandchild having turned two not long ago, I’ve had two full years of enjoyment. Although two of our three grandchildren live on the West coast, we still try to get to see them all as much as possible; even it means just using the modern wonder of FaceTime. 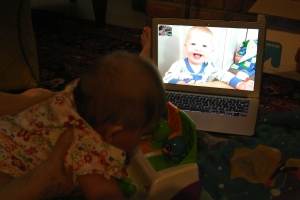 I’ve told my wife on more than one occasion that I am just loving these years being grandparents. And becoming a grandparent has prompted me to want to retire sooner than I had originally planned. This way, I can spend more time with grandchildren and traveling to see grandchildren. 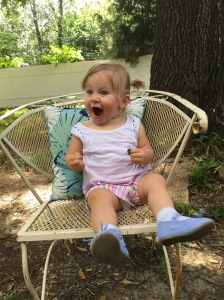 Fortunately one of our granddaughters lives in town so we actually get to see her on a much more regular basis. But not just her, but all three of our grandchildren factored heavily into my decision last winter when I was looking to buy a new car.

I had been exploring a number of different possible cars to buy but I had certain criteria that I knew it had to meet. In addition to the now standard power options, I wanted advanced safety features (e.g., back up camera, blind-spot warning), leather interior, a manual transmission, and a sporty performance. I eventually narrowed it down to a choice between two cars: a Ford Mustang and a Subaru WRX. 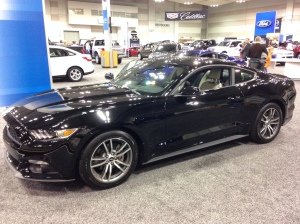 I test drove both and was most satisfied with the transmission and the sporty performance of each of them. But beyond just the higher safety rating of the WRX, its real advantage was it had 4-doors. Recalling back to the day when we had two infants/toddlers in car seats with a 2-door car, I knew I didn’t want to have to go through the extreme contortions necessary to put a child into a car seat in a 2-door car, especially since I would not be as limber as I was over thirty years ago. And while I already had three cars, all of them were 2-door models. So having 4-doors significantly tipped the balance in favor of the WRX. 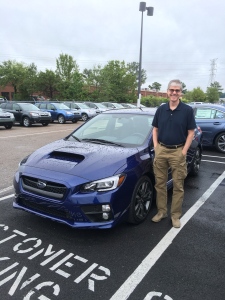 After taking delivery of my new car, the next step was to purchase a car seat. My first idea was to get an extra car seat that I would share with my son in his second car (they had a car seat that permanently stayed in their primary 4-door vehicle). But then having to transfer a car seat every time would not make for a fast or easy pick up, especially since his second car was one of my 2-door cars. So I went ahead and bought an additional car seat that could stay in my new car.

So with 4-door car and car seat in hand, I was ready for granddaddy duty.

And that duty began in earnest this fall when our granddaughter’s parents both started back to college/graduate school. There were several times in their class schedules when they did not have child care. My wife, only working part-time was able to handle some of them. But the one day she had a conflict and could not cover was Wednesday. Fortunately, I was able to arrange an alternate work schedule with my boss that allowed me to be off every Wednesday afternoon.

So on my first Wednesday of granddaddy duty, I left work after lunch and hopped over to my son’s house, a short 5-minute drive from work. Having already had her nap and lunch, we jumped right into playing. We had a good time playing with all of her toys and reading a few books. But after more than an hour, it seemed we needed a change in venue. Since it was way too hot to go outside and play or to go for a walk, I decided to take her to one of our favorite places, the Children’s Museum. And with a car seat equipped 4-door car parked just outside, I knew we could easily make the trip.

We went straight to our favorite play area, a gated section only for children four and under. There she gravitated to some of her favorite toys. 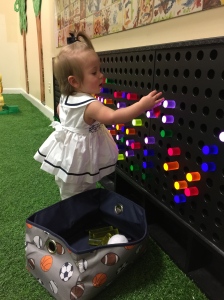 On this occasion, she took a particular interest in the airway wind pipe where you can insert a scarf or ball and watch it traverse through all the twisted piping and fly out the top. 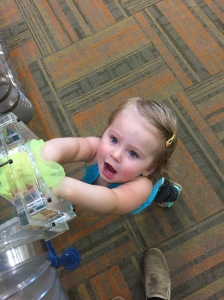 We also ran into the wife of one our kid’s best life-long friends who was there with her three boys. It was nice to catch up but also gave me a nice sense of being a parent (now grandparent) chatting with other adults all while our kids were having fun playing.

After two hours, it was time to head home. By the time her parents got back from their classes, I had fed and bathed our granddaughter. She was all ready for a little play time and cuddling with her parents before bedtime. As I walked out the door, I had a great feeling of our time together but also happiness with the knowledge that the next week, we’d get to do this again. In just a week, I’d report back for my granddaddy duty. Maybe if the heat broke, we’d get a chance to go to an outdoor park or even just a walk around the block. Whatever we worked out to do, I was confident it would be a fun granddaddy time together!

5 thoughts on “Ready for Granddaddy Duty” Leave a comment ›