The recent marking of the 50thanniversary of man landing and walking on the moon prompted me to pause and reflect back on that historic event.  For those of my generation—the baby boomers—there are a few rare moments in our lifetime when we can recall with utter clarity where we were when a momentous event occurred.  For me, remembering where I was on that Sunday night of July 20, 1969 is one of those rare moments.  I know I was lying on the floor at a friend’s house glued in front of the TV watching the events unfold in what seemed odd-for-the-time, black and white live coverage.  I’m sure I share this memory with many other Americans as well as others around the world who were obviously witnessing this momentous accomplishment.

But reflecting back to that time 50 years ago got me thinking even earlier as I pondered many of the things that I had witnessed being invented in my lifetime.

Nostalgically looking back over my lifetime has not been prompted by my reaching a certain age or experiencing some life changing event.  Rather, it was literally the 50thanniversary of Apollo 11.  I am in my sixties and feel young even though my age would not necessarily be considered young.  But one thing that I realized while reflecting back that did make me feel old is the fact that when I was born, there were only 48 states in the US.  Not that I was aware of it at the time but when have we not considered the fact that there are 50 states in our union?

So, returning to the genesis of my reminiscence, obviously space flight, space exploration, and lunar landings all occurred in my lifetime.  But the event that started it all that also occurred in my lifetime was the Russian launch of the Sputnik 1 artificial satellite.  Although US scientists at the time were also furiously developing our own first satellite, it was the Russians that beat us which ultimately led to the space race between the US and Russia.

But beyond just this, a number of the inventions that were created in my lifetime were the direct outcome of the US space program.

Microcomputers have become ubiquitous in our society that probably only older adults can recall a time when we did not have those.  For who can recall that it was in December 1982 that Time Magazine placed it on their cover supplanting their “Man of the Year” award with the “Machine of the Year?”

And it goes without saying that the creation of the Internet and e-mail have profoundly changed our lives.

And who would even consider walking out the door of their residence without carrying their cell phone with them?  But not just any cellphone which was a great addition, now a smart phone that puts the world at our fingertips almost anywhere we are with easy access to the Internet.  Smart phones that incredibly today have more computing power than the computers inside the Apollo capsules that went to the moon.

Turning to another area that has always interested me—automotive—the turbo charged engine while invented in the 1930s, was first debuted in an American car in the early 1960s.  This innovation powers my favorite car now.

And providing the safe and smooth ride for this car are radial tires that although invented prior to my birth, only became prevalent in the US in my lifetime.

Musically, I have seen the addition of 8-track tape decks, cassette tapes, and compact disks which the most recent CDs now being replaced with digital files.

Entertainment-wise, the addition of video tape recordings (both Beta and VHS), video discs (RCA), and now Digital Versatile Discs (DVDs), which are also being readily replaced by digital video streaming.  And don’t forget digital cameras that now are more common on our phones than anywhere else. 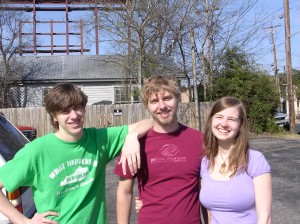 But what is even more fun is telling my grown children all of the things that have been invented just since they were born in the 1980s.

Microwave ovens is a prime example that was invented in their lifetime, an appliance that probably resides in every American home today.  I dare say a day does not go by that I use ours at least once.

And many of the inventions I previously cited were also invented after our children were born.

We have so many inventions today that have made our lives easier, more productive and more connected. Some of these might have been considered luxury items in the beginning but now are considered necessities of life. What amazes me is seeing my own grandchildren perform tasks on cell phones and tablet computers with touch screens like they were born knowing how to do it.

I am sure with my brief list that many of my readers can come up with a multitude of additional worthwhile inventions not mentioned.  And I qualify that by saying “useful” as we are all aware of ones not so worthwhile such as spam e-mail and computer viruses.

While as interesting as I find reading history, I can’t imagine wanting to live in any different era than the one I am in.  And I look forward to witnessing many more interesting, unique, and no doubt useful inventions that will come from the minds of brilliant scientists and engineers in the years ahead.

One thought on “Things Invented in My Lifetime” Leave a comment ›