It was just a year ago that I wrote about my parent’s 50th wedding anniversary. 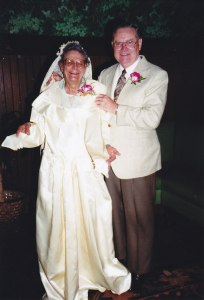 But it was actually my own 35th anniversary this past December that got me recalling our parent’s 50th anniversary. And I thought to myself, wow, that’s only 15 years shy of my parent’s milestone.

Wednesday, February 4th would have been their 66th anniversary. In my story last year, I explained how my parents had thankfully planned to celebrate their golden anniversary in August the year before because as it turned out, on their actual anniversary the following February, my mom was in the hospital having surgery that, due to additional complications, ultimately lead to her death. 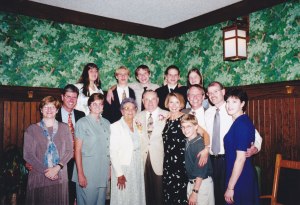 All four of us children with our spouses, many of our parent’s grandchildren, and many dear friends all assembled together at the Grove Park Inn in Asheville, NC to mark this significant milestone. I don’t remember among my siblings whose idea it was, but we each wrote a letter to our parents and toasted to them as we read them out loud at the dinner. I regretted last year that I could not find a copy of my letter and even searching by a dear friend through e-mail archives on old computers, could not find a copy. 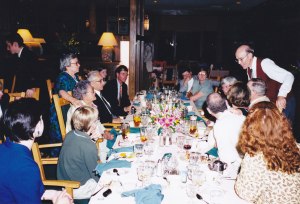 But this past December, I was looking up a family tree fact in the old typed book my parents had written about their lives together and found copies of all four of our letters. It was bitter sweet to read through each one, each a letter of love for what our parents had meant to us.

On that special day in August 1998, we had read them in order of our age; oldest to youngest and so that was how I reread them this year, picturing each of us standing there as we read aloud. 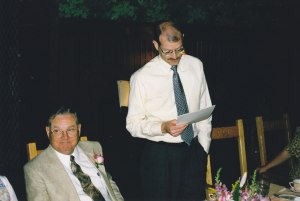 Several central themes emerged. We all spoke of what wonderful lessons we had learned from our parents and the importance we had learned of believing in and trusting in God through the example lives they had lived. We all wrote of feeling unconditionally loved and being accepted for who we were. My brother and I also mentioned Montreat, that special spot not far from where we were celebrating that day that our parents had gifted us with such wonderful summer vacation memories growing up.

But in rereading these letters, and thinking about our words written over 15 years ago, it was a story that I included in my letter that brought tears to my eyes. It was not a story I had authored myself but one that I had actually heard many years before in church. It goes something like this:

A man leaves this earthly life and upon approaching the gates of heaven is asked one question by God. God’s question about the man’s life is not did he do everything right or did he get all that he wanted. It was simply “Did you enjoy it? I really hope you did because it was the greatest gift I could ever give you.”

If I were that man, my response now as it was in my letter all those years ago is a resounding yes! 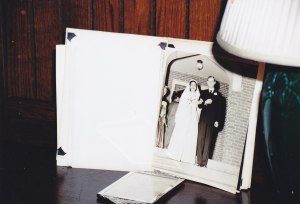 So Happy Anniversary Mom & Dad! Thanks for the two of you, for your love for us, and for all our lives.