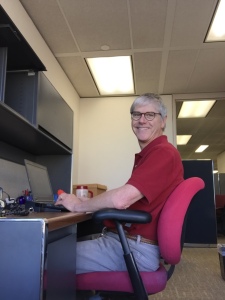 2018 marked my first full year of retirement.  Retirement for many people is broken down into three phases:  the go-go years, the slow-go years, and the no-go years corresponding to the sudden capitalization of unlimited free-time, the recognition that your retirement financial resources can not support that early high level of travel, and finally the years when old age and poor health prevent or significantly curtail travel. 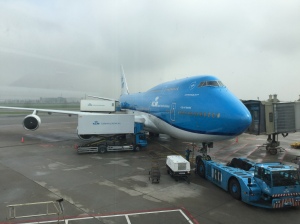 Last year was definitely a “Go-Go” year, one likely not to be repeated for the same financial reason many early retirees encounter.

Unlike most recent years when my travel starts out in March to teach one of my courses, this past year my travel began in the middle of January.  But there was a special reason for the early start.  My wife and I both traveled to Seattle, WA to meet our newest grandson, our fourth grandchild.  I wrote about that trip last year after returning so you can click here for more in-depth coverage of that joyous trip. 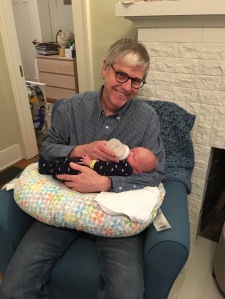 My next trip was as typical, in March when I traveled to New Jersey to teach one of my courses.  The course fell in the middle of the week so I didn’t have a weekend to go into New York, something I always enjoy getting to do.

In April, I took my annual trip to Amsterdam to teach one of my courses.  To save on airfare, I actually got to stay an extra couple of days so had an extended international trip.  This trip I also wrote about last year and so you can click here for the details of this trip. 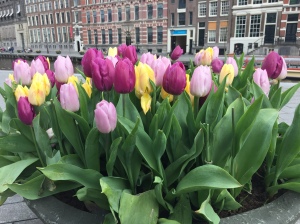 In May, I commenced my most busy travel period of the year when over the next several months, I was traveling somewhere every one to three weeks.  At the beginning of May, I was back up in New Jersey teaching my other course but as with my trip in March, I did not have extra time for a side trip to New York.  Hopefully I can remedy that in 2019.

The week after I returned, it was off to San Francisco to meet another grandson, our fifth grandchild. The little fella was just three weeks old when I arrived and my weeklong trip was to help out his parents, our son and daughter-in-law.  It was a fun but busy week and all too short.

In June, I had a couple of trips.  First, we celebrated our annual SibSab (Sibling Sabbatical) when my two sisters and I traveled to Philadelphia for my brother’s oldest son’s graduation.  Then it was three fun-filled days in Philadelphia and New York, chronicled here. 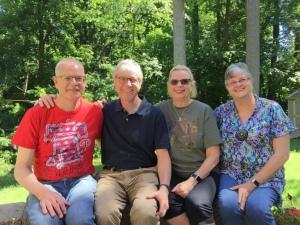 The week after I returned home, I was off to San Francisco again, this time to serve as “traveling nanny” for my newest grandson while his parents attended a wedding in Sonoma.  It was a fun trip, another of which I wrote about last year (click here for link). 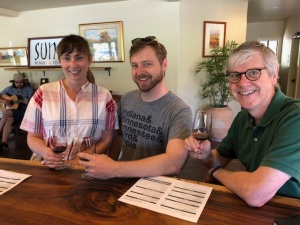 In July, I took one of my most fun trips when I flew out to Portland, OR to meet my brother and explore the craft beer scene there.  To learn more about that enjoyable beer-oriented trip, click here. 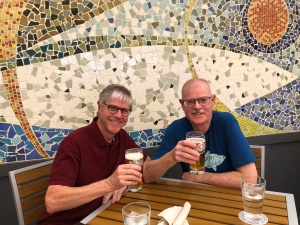 Then at the end of the month, my wife and I took a road trip together to Atlanta and then to North Carolina returning my wife’s sister to her home.  There was time for some fun side trips as well, chronicled here. 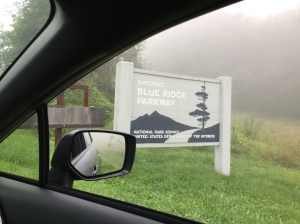 In August, my wife and I returned to Seattle to help our daughter while our son-in-law was out of town.  For both of us, it was our second trip to Seattle but the first on which my wife and I actually traveled together.  It was a different kind of trip, one where I focused on a DIY project, detailed here. 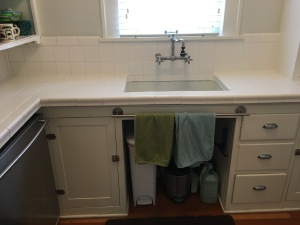 In September, my wife and I returned to San Francisco for what was my third trip there during the year. The purpose was two-fold.  To teach my course and to spend time with my son and his expanded family helping them as our daughter-in-law returned to work after her maternity leave.  It was more special fun with our two grandchildren there along with an occasional break for my wife and I to visit a local beer garden within easy walking distance of their home. 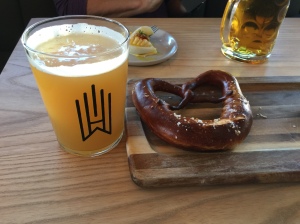 At the beginning of October I was off to Mexico for my first time.  The purpose of this trip was I had been invited to a pharmaceutical conference being held in Puerto Vallarta to give a talk on Analytical Method Validation. Like my trip to Seattle in August, this turned out to be yet another different kind of trip, a story too long to tell now, but one that I will convey shortly. 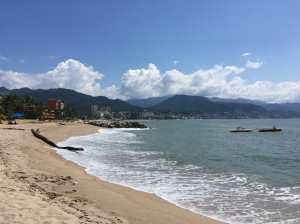 When I added them all up, I took 11 trips by plane and one additional trip by car for a total of 12 trips. Not a huge sum but large in the number of travel days as with unlimited free-time now, I was on the road for a total of 81 days (61 week days), many more than previous years when I was limited to just 32 vacation days.

Hopefully you had a fun travel year as well and will also this year. 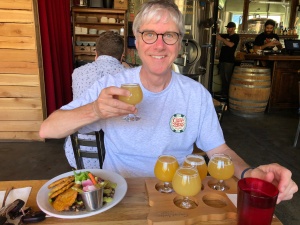 So cheers to another fun year of travel in 2019!

Leave a Reply to KikiCancel Reply