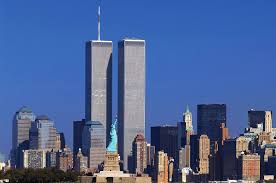 This year marked the 15th anniversary of the 9/11 attacks on the United States. For many Americans, it gave us a chance to reflect back to where we were and what we were doing when the attacks occurred. For those also of my generation (mid-baby boomer), it was a recollection just as crystal clear as when we learned of the assignation of John F. Kennedy. It was just one of those unforgettable moments.

My memories of 9/11 are also permanently etched in my mind as I witnessed part of the events that day live as they happened. 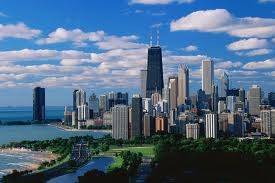 I was in Chicago that week to teach my Validation course on the 10th through the 12th of September 2001. On Monday, I had taught my usual first day lectures and so on Tuesday morning, I was making my way down to the hotel ballroom where our course was taking place. When I stepped from the elevator on the 1st floor, and walked past the lobby bar, I noticed a large crowd congregated in the bar watching one of the TVs. As I stepped forward, I saw smoke coming from one of the Twin Towers. I asked someone standing close by what had happened and the person replied that a plane had crashed into the tower. I next made a comment about what a terrible accident it was when moments later, the speeding image of the second plane came onto the screen and crashed into the second tower. The next words out of my mouth were, “That was no accident.”

Because the second plane hit about 30 minutes before our course was scheduled to begin, it was obviously the talk of everyone. When it came time to start, I conferred with the course receptionist about what to do. A few minutes later, the FAA took care of that when for the first time in our country’s history, they grounded all flights. I then announced to the participants that given what had just happened, if anyone needed to try to reach family or loved ones that I certainly understood but since the FAA had just grounded all flights, we weren’t going anywhere and so we should proceed with our course.

As our course and the day progressed, the news just got worse. We learned of the other two hijacked planes and their fates and then first the South Tower, and then the North Tower collapsing.

That night on the news and in the days following the conclusion of the course, I can’t imagine how many times I saw the replaying of the plane crash and the Towers falling. It is a moving image indelible on my mind just like the video of the Challenger disaster in 1986. And the reason I had the opportunity to watch it so many times is like so many other travelers, I was stranded in Chicago until flights were resumed.

I was actually one of the more fortunate ones getting home Friday morning simply because Northwest Airlines was repositioning planes to their hub cities and Memphis was a hub. I recall walking into O’Hare that Friday morning and seeing military personnel armed with rifles and machine guns everywhere in the airport. I knew right then and there that the world as we knew it had changed forever.

Following my flight to Memphis, as I turned onto the street that would take me to my subdivision, I felt a huge sense of grief for what had happened but also a massive sense of relief of the blessing that all of my family was safe and that I was almost home. The two intertwined emotions within me brought forth uncontrollable tears. 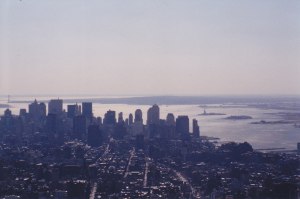 The following March, I was again teaching our Validation course, this time in New Jersey. After the course ended, my wife joined me and we went into New York City for the day. In addition to going up in the Empire State Building, the once again tallest building in New York, we visited Ground Zero. 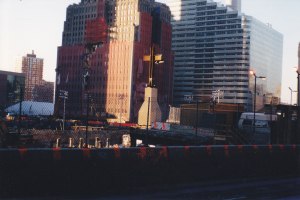 The clean-up and recovery effort was still in full swing, almost 6 months after 9/11. It was very somber and sobering to be there. 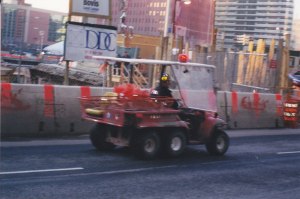 While we were there, the remains of another person who had lost their life on 9/11 was recovered. It brought back the tragedies of that day all over again.

In 2013, the year our daughter-in-law finished her graduate degree at NYU, we visited the 9/11 Memorial site, though still unfinished at the time.

The twin pools are truly remarkable and are quite a tribute to the towers that once stood on that spot. It is amazing to think that as tall as the two Towers were, that their footprint was so very small in comparison. Unfortunately the underground museum had not opened yet so our visit was limited to standing by the pools and going inside the temporary gift shop set up close by. But just standing next to the pools and watching the water cascade down recreating the inverted image of the distinctive exterior of the Towers is awe inspiring. 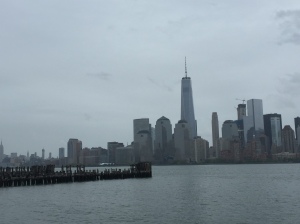 Months prior to the 15th anniversary this year, I happened to be in New Jersey teaching another course. This time, I did not visit New York, but rather just saw Manhattan from across the Hudson in New Jersey. As I stared at the completed Freedom Tower, now called One World Trade Center, it was again a somber moment thinking back to the events of 9/11 and of my two visits to Ground Zero, separated by over 10 years.

All three are memories I know I will permanently have. I honestly don’t know how people who live in the area can see those reminders and not think back to the day’s tragedies as they scurry about on their activities. For me, whether it’s 15 or 20 or even 30 years, it will always be a sad memory, one I know I won’t forget for the rest of my life.