For those unfamiliar with the term “muscle car” it is an American invention of putting a large block, high performance V-8 engine into a small or midsized car. There is much debate over what was the first true muscle car—some estimates possibly dating it as early as 1949 with the Oldsmobile Rocket 88. But regardless of who can claim credit for the first car, a book I read recently, The All-American Muscle Car: The Birth, Death, and Resurrection of Detroit’s Greatest Performance Cars written by five contributing authors (Joe Oldham, Jim Wangers, Colin Comer, David Newhardt, and Randy Leffingwell) conveyed the story that I was most familiar with growing up.

In their story, the muscle car was in response to GM in the early 1960s having to kill all racing activity in response to a US Government’s threat to break up the corporation because their almost 55% market share was viewed too monopolistic. As hard it is to believe today (certainly given GM went bankrupt after the 2008 financial crisis), the Justice Department intended to take action if GM’s market share got close to 60% just like they had done to Standard Oil in the early 1900s and how they did to AT&T in the early 1980s.

Pontiac, just a floundering division in the mid-1950s and on the verge of being killed, was reinvigorated in 1956 with new management blood and had turned successes on the racetrack into successes in the showroom helping to contribute to GM’s market share gain. Thus with the sanctioned racing ban in force, an idea was hatched by Russ Gee, Bill Collins and John DeLorean to drop a 389 cubic inch engine into a 3,500 pound car, a Pontiac Tempest.

Since the car violated some internal GM engineering policies over car weight and engine size, the car’s creators knew the GM committee that gave the go-ahead for all new models would never approve it. But the same committee did not get involved with approving options so the engine was offered as a “GTO” option on the top of the line Tempest, a LeMans Coupe and Convertible. Thus the muscle car was born—the 1964 Pontiac GTO. 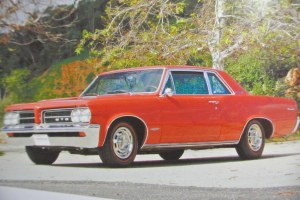 At almost the same time as the muscle car first came into existence, the “pony car” was being born. Unlike the mid-sized, high performance muscle cars with large block engines, pony cars were characterized by a more compact size, smaller engines, long hoods, short rear decks, sporty styling and seating for at least 4 passengers. Named for the car that created the category, the 1965 Ford Mustang went on sale April 17, 1964 followed not long afterwards by the Chevrolet Camaro, Pontiac Firebird and other similar cars from Plymouth, Dodge, and American Motors (AMC). And by the end of the decade, a marriage of the muscle car and pony car had been brokered when manufacturers began to put the large high performance engines into these smaller pony cars.

Sadly at the time, a car lover such as myself wasn’t even a two-digit age and still years away from getting a driver’s license. I could only enjoy these cars in miniature scale, which I did, building numerous 1/24-scale models. 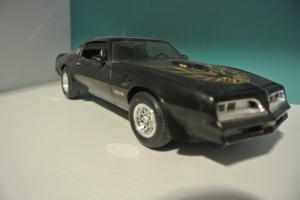 But before I grew old enough to join in the fun in driving one of these new cars, two events effectively killed both the muscle car and the pony car.

First, the auto insurance lobbyists gained support in Washington bringing down the allowable horsepower output of these cars with skyrocketing insurance rates. Seems too many young kids were driving up the cost of insurance for these “hot” cars with numerous wrecks. Second, the federal government flexed its muscle by requiring numerous pollution emissions controls on cars, which meant serious engine detuning that, zapped the horsepower from these high performance cars. In response, the Mustang became the compact Mustang II in 1974 and the last great muscle car—the Pontiac Trans Am SD455—was released.

By some accounts, the true muscle car era actually only lasted from 1964 to 1971. Sadly, I had missed the whole period.

In spite of drastic and detrimental changes, these cars continued to be produced and sold for a few more years but were only a ghost of their previous self. I tried desperately to capture one before it was too late when in 1978; I purchased a Pontiac Trans Am with a 400 cubic inch engine and 4-speed Hurst shifter.

It was just two years shy of the worst-year ever 1980 model and my all black model with the screaming chicken hood decal was a lemon as it broke down the day I drove it home from the dealer. In graduate school at the time, I couldn’t afford all the repairs it required and so sold it as soon as its 12-month manufacturer warranty ended.  (Ironically, just yesterday I discovered that had I been able to store it rather than trade it in, with its sub-12,000 mile odometer reading, that it could have possibly garnered over $100,000 at the Barrett-Jackson Auction this past January since it looked to be almost the sister car to the Burt Reynolds 1977 “Smokey and The Bandit” promo Trans Am that sold for $500,000).

So my brief but unsatisfactory ownership of a muscle-pony car was a sad memory indeed to carry through the almost 30 year hiatus of the muscle car.

But thanks to the large number of baby boomers who first drove these 1960s to 1970s cars and are now more affluent, muscle and pony cars have been resurrected. And in the opinion of many, are even better now than they ever were before. The Ford Mustang, the sole muscle or pony car to maintain continuous production throughout the drought years (I know but the Mustang II was still a Mustang), was dramatically reborn in 2005 with design cues tracing back to the original 1965 model. And high performance versions were offered from the get-go.

Next up to rise from the grave was the Chrysler Challenger followed a number of years later by the new 2010 Camaro (delayed due to GM bankruptcy). So it was like 1971 all over again.

But now that these cars have been resurrected, is a car lover like me too old for them? Admittedly the Mustang just celebrated its 50th birthday in 2015 with the introduction of a new and improved model (recall the original version having been released when I was still in single digit age years).

As I reenter the new car market, a number of questions come to mind. What would be a fun car to buy? What would be a practical car to buy? What would be a car that won’t be too expensive to maintain? Typically, I answer these questions years before my next car purchase so that at the time of actual car buying, there is never any indecision. But, ever since the loss of my fun Mini Cooper S last fall, these questions have been rolling around in my mind mostly whenever I am driving down the street and seeing other car possibilities drive by. And superimposed on these questions is the added realization that with three grandchildren now, a two-door car is not a wise choice for getting a car seat in a tight back seat. 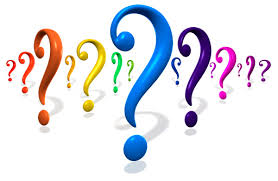 So what will it be? Will that old desire from my youth for one of these fun pony cars carry the day? Or will my now more-mature practical side win out? Is there a car option out there that gives me the best of all worlds? Not to intentionally keep you in suspense, but I just won’t know until I actually get it figured out. Sooo stay tuned…

3 thoughts on “Too Young for the Muscle Car Era? Too Old for its Resurrection?” Leave a comment ›