I have been thinking a lot about this question lately. Not that I have some grave premonition about my future, but that I have been giving some very serious thoughts to retirement.

After almost 35 years as a professional scientist, some of those years in an analytical laboratory and some in both management and leadership roles, several events began to unfold this year that got me thinking about retiring. 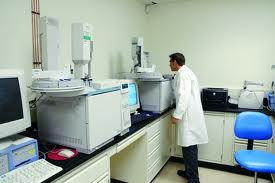 A few years ago, I thought I had retirement all figured out and even had a definitive time horizon all planned. Then it was announced that the division of my company in which I work was being sold. As more information came out, I realized that my original retirement plan was out the window.

But actually another event occurred of even more significance—I became a grandfather in July of this year. And after spending a week with this little fellow, and being a grandfather in person, retirement took on a whole new meaning and spawned a desire for an accelerated timeline to get there. So thinking that my professional career, at least as being employed full time, would be coming to a close, it really got me thinking about this question.

Many years ago when I set life goals for myself, the one related to my professional career was that I would become known in my field. If you follow the link to that story, you will learn that I have in fact accomplished that. But what does that really mean? In the very basic sense, what we are known for is what other people say about us. And unless they say it to us, we don’t even know it.

From a professional perspective, this started for me when I published my first journal article. It was on an issue I became aware of in our industry and one I had a strong opinion about. I was dissatisfied with how I saw a trend occurring and decided to write about it. After it was published, I remember the excitement in getting post cards from all over the world asking for reprints of my article (obviously this was long before the day of the Internet and digital media). It was my first recognition outside of my company. I think my daughter even kept all of those post cards.

After this first article was published, I was asked by another journal to contribute a second article on the same topic, which was published two years later. And it was this second article along with the first, for which I was I awarded my company’s annual scientific achievement award that year. So the recognition I had received globally from publishing these two articles circled back such that I had now gained recognition from within my own company as well.

Concurrent with me working on these two articles, I was put in charge of an analytical area for which I had no direct experience. And I was asked by my boss to give a talk at a national meeting on the work I had done over the past ten years. So while I retained my old job, and self taught myself my new job, I prepared to make my first professional presentation.

This presentation went very well and through several serendipitous events, led me into the part-time teaching career that I still enjoy today.

Also, in my professional career, I have been fortunate to be able to associate with professional organizations outside of work. These are associations that I plan to continue following retirement and possibly expand upon with more time available post-retirement. And it is through these organizations that I have gained outside recognition as being an expert in two separate sub-disciplines of my field. How exciting it is to hear yourself introduced as an “expert” or to be a part of an “expert panel.” It is through this recognition that I can feel satisfied that I have accomplished that life goal.

But while working consumes many of the years of our lives and many of the hours of our days, it is not just what we are known for professionally that matters. In fact, in the bigger scheme of things, it is not even the most important.

nostalgia, Retirement, What Known For