On one of my recent trips to San Francisco, I had a new travel experience; one I had not had before—being caught in a traffic jam while still on the airplane.  After landing pretty much on time at SFO, we heard from the pilot that airline traffic on the ground was backed up awaiting an open gate. Sure enough I looked out the window and saw a line of planes slowly circling around on the tarmac.  The pilot further explained that the airport was expanding terminal 1, which was where we were going and would have many more gates in the future.  But on that day, we cruised around on a sightseeing tour of the airport until we parked out of the way between two parallel active runways. 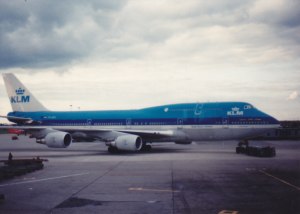 We would occasionally get updates from the pilot on when we might deplane, once after our gate was given away to another plane that must have been idling even longer.  Our wait before pulling up to the gate lasted an hour and fifteen minutes.  I don’t know if anyone else on the plane missed his or her connections, but for me, thankfully I was at my final destination.  Other than being rather inconvenienced, it gave me a lot of time to ponder some of my other more memorable, but equally exasperating flying experiences.

Although I am not as harried a business traveler as some people are who travel on a weekly basis (with their fair share of travel nightmares no doubt), I have probably travelled more than the average American since I have typically flown at least 10 to 12 times a year for the past 20 years.  And in that time I have had some unforgettable experiences.

Having worked for over 35 years at three different pharmaceutical companies that each had headquarters in New Jersey, I have had many frustrating flights into and out of Newark.  In fact, it seems like most of my nightmares occurred when I was returning home from Newark.

Weather often is a factor as wind or snow can cause numerous delays.

Several years ago, I went to New Jersey for what should have been a quick one-day meeting.  During the meeting, one of those legendary Nor’easters blew in and by the time I got back to the airport, I was greeted with numerous flight cancellations.

As a result, I got stranded in a hotel by the airport for two days before I could get a flight out.  At least I had a hotel room as many people probably slept at the airport.

While Memphis was a Northwest hub, I was able to enjoy many direct flights so other than potentially being delayed, there were no opportunities to miss a connection.  That all changed when Delta bought Northwest and then began to phase out many direct flights (ultimately Delta dropped Memphis altogether as hub city).

One such missed connection was particularly frustrating.  I was returning home from Newark one night and my connection was through Detroit. My flight out of Newark was delayed and in spite of the pilot trying to make up some time, I sadly watched as we were landing my Memphis connection taking off—the last flight of the day home. The Vice President of our R&D also happened to be flying home on the same flight although we were not travelling together.  Since the last flight had just left, it was difficult to find an airline agent that could help us with hotel accommodations for the night and a flight out the next morning.  Thankfully we were successful and bid goodbye for our few hours of sleep before our 6:00 AM flight the next morning.

When we met at the airport the next morning, we shared our stories.  I explained that I was booked into a hotel with no restaurant so I missed dinner.  The VP explained that when he got in his room, he could tell it was not his typical accommodations as the $10 alarm clock was bolted down to the nightstand. But we were both glad to be heading home.

One of the few times I had a direct flight home (although it was on one of those small, what I call, skinny cigar planes), I found out my flight had been canceled and I had been rebooked to fly to Houston and them back to Memphis.  That trip I enjoyed seeing Memphis from 35,000 feet as we flew over the city.

But by far my worst travel experience was again flying direct from Newark to Memphis.  Our flight was supposed to leave at 7:00 PM but 7:00 PM came and went with no plane.  Finally the plane arrived around 8:00 PM and we quickly boarded.  Just as we pushed back from the gate, a severe thunderstorm hit. The pilot came on the intercom and told us the airport had been shutdown and that we had been instructed to park on the tarmac and wait for the airport to reopen.  As we came to a stop, I could look out my window and see planes parked everywhere.

About two hours later, the storm finally subsided, and the pilot came on to say he had some good news and some bad news.  The good news was that the airport had reopened; the bad news was we were 117th in line for take off.  We finally took off just after midnight but with no food on the plane and no food in my briefcase, I missed another dinner (from that time on, I always travelled with at least a protein bar for just such emergencies). 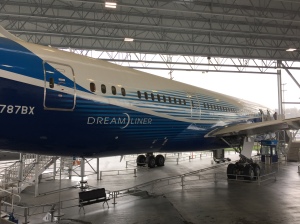 In all my years of air travel, there have been many other times when I have had delays or missed connections but these are my most memorable ones. Maybe this post has reminded you of some nightmares you have personally experienced; or ones that you would rather like to forget.  Having flown as long as I have, I am also one of those who can say that air travel is not what it used to be.  Now even with on-time departures and arrivals, being cramped into what seem to be ever-smaller coach seats, air travel can be less of an enjoyable experience. But until teleporting can be perfected, we’ll all continue to fly and we’ll all continue to occasionally have air travel nightmares.  Until that is we can say, “Beam me up Scotty.”