Just three years after I started my dream job, my manager was promoted into a new job in a different department and I was promoted to manager of the group to replace him. I had never managed people before so this was a big change from what I had trained to do. In fact, because scientific course load had been so all encompassing in college, I had only had one semester of economics and no other business courses. 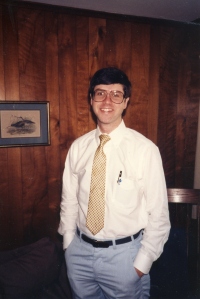 It was very hard for me to give up the hands on lab work that I so loved. It was even harder for me to accept the new role I was expected to serve in. The people I had made friends with, I was now their boss or a superior to them. And I found out that there were several people in other areas who didn’t think I deserved the promotion since I had only been working in my old job for three years. The first couple of years in this new manager’s job were very difficult. One of the things I learned was that when you were “in management”, your were no longer one of the “crew” or the “boys.” It changed my relationship with almost everyone I worked with.

While my technical knowledge was even more critical to my job than before, I quickly realized nothing that I had studied in school had prepared me for managing people or handling business activities, such as budgeting or performance review. I also had to accept that being in management, not everyone was going to like me or agree with me, which was difficult as well. While I was definitely enjoying being out of school and working full time, I began to recognize that for me to be successful in this new role, I was going to have to get some additional business education. 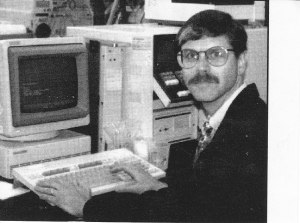 I decided to get an MBA in management since I realized my future success would be based, not as much on my analytical skills as on my managerial skills. This was going to be quite a change for our small family as well. While before I had gone to school full time and worked part-time, this time I would be working full time to support my family and going to school part-time. And since I had almost no business courses in college, I had a hefty load of prerequisites to complete before I could even start on the MBA degree.

For me, this period was as if I was a robot. I would go to work all day and then go to school at night. Many nights, I didn’t get home until after 10:00 PM and then weekends were taken up with doing all my studying. I did this for six years. In fact, our third child was born while I was in graduate school, the day before one of my final exams. I remember going into the exam and telling the professor that this was going to be a true test of what I had learned this semester since I had spent the past day with my wife helping her deliver our third child. 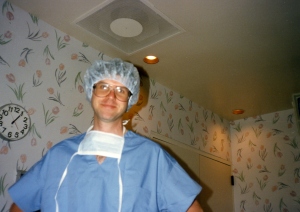 I know this time while I was in graduate school was extremely difficult for my wife with two small children at home and then before it was over, an infant. She got no breaks during this time and I’m sure she worked even harder than I did. I just wasn’t there to see it, but I will be forever indebted to her (If you are a frequent reader of my blog, you already know what a treasure my wife is to me).

I completed this degree in 1990, three years after our third child was born. I realized that during the six years it took me to complete this degree, I had missed a lot of our children growing up. I can never get that back and I will always be remorseful of missing it.

About a year after I completed this MBA, another opportunity came along at work. One day, the vice president of Quality Control called me to his office (my boss’s boss). This was the same person that I had had that second interview with nearly 10 years before and who had not recommended me for the first job. I assumed I was in really big trouble—but I wasn’t.

He asked me if I would be interested in taking on a new job while keeping my existing method validation job. The new job was to head up the Stability department. Turned out that he was not very happy with how the person in charge at that time was handling the department.

I knew nothing about Stability or how it operated. I explained this to him but he felt I could pick it up quickly. He handed me a stack of photocopy pages of various industry documents on Stability to get me started.

It has been too many years for me to remember my exact reply to him. I’m sure he told me to think about it and get back to him. And I did.

My first thought was is this going to take me further from my love for analytical chemistry? Moving into the manager’s role six years earlier had definitely moved me in that direction. But this change would likely mean a promotion although it was not specifically defined in my first meeting—and more money. I don’t know how long I had before he needed a decision but in the end, I accepted the job. Since this involved the creation of a new position, it took a while for everything to be finalized. And it was done in secrecy due to the sensitivity of the change with the existing manager and staff.

If I thought I had a hard time from coworkers when I was promoted the first time when others thought they were more qualified than me, I was in for an even bigger surprise this time given that I had no experience in Stability. When the change was announced, it came as a shock to a lot of people. And the existing staff was not very receptive and a bit discouraged with the change. At least this time I was more prepared having at least completed my MBA.

I quickly learned there was no school I could go to and study stability. I simply had to learn it on my own through reading. I did get to go to a 3-day training course presented by one of the premier figures in pharmaceutical stability. And I got and read his textbook that was included with the course.

In one of the earliest meetings I was in, I was asked by the global head of R&D what was going to be required for stability to launch a product. I had no idea but quickly responded that I would have to research it outside the meeting and get back to him. I had a lot of research to do quickly.

The more I learned about Stability the more I realized the second surprise—there is very little black and white in Stability—it seemed everything was grey. For whatever decision that had to be made in terms of launching a new product or dealing with any number of the multitude of product changes that could occur, there were a multitude of different ways to handle the stability. In method validation, there was a lot more black and white and many decisions simply required the logical answer. Stability was going to be very different.

After several years of doing this, it became second nature, almost the logical response for me. I no longer had to write down my answers, they came naturally. And they ensured a consistent approach for every launch or every product change.

In the early 1990s, R&D expanded due to an increased volume of work. At that time, I gave up responsibility for method validation, as the stability job had gotten too large. And I could no longer attend all of the meetings or handle all of the projects. I had to begin to develop some of my staff reporting to me so that they could set the stability requirements. This was the next hard thing for me in my career—delegating. As this began, I spent a lot of time coaching which was really hard for me since I just wanted to tell them the right decision. I had to let them answer, as they had to learn to figure it out on their own.

But there was significant benefit to me doing this. It helped me recognize that I was not just a manager, but also a leader. For so many years, I had always thought of myself just as a manager directing others and getting an important job done. It took this change as well as some outside training for me to really grasp that. But this realization was also freeing. I could spend less time in the day-to-day operation and more time in developing strategy and innovative ways to perform our job.

And just a few years ago, these new skills came in handy when another opportunity came up—a chance to design a combined Method Validation and Stability group from the ground up—and for me to be its leader. I felt some of that same excitement from my long-ago first dream job as I approached this effort. This task allowed me to use my organizational design skills from my MBA and my years of experience with method validation and stability. 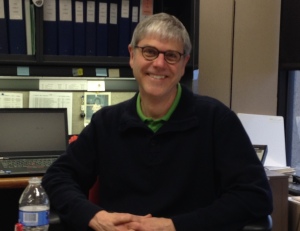 And this is where I am today. It has been a 30+-year career that has taken a lot of twists and turns with some unexpected curves along the way. But because I am where I am, I can explore retiring now knowing that I have a lot of really talented and knowledgeable people that can take over. After investing so many years with basically the same company, I just couldn’t leave it any other way. After all, having headed up Stability for almost 25 of those years, I had to be able to leave it in a “stable” state.