I worked really hard that first year to impress both my supervisor and the head of the clinical labs with the quality of my work. Unfortunately, I got a dose of reality when it came time for my first merit increase and I found out that since I was a federal employee, Congress, not my boss got to decide what my raise would be. I had always prided my self on doing the very best job I could at whatever as I was doing and reaping the rewards of that hard work, both intrinsically and extrinsically. Unfortunately that was not the case working for the federal government. I remember the frustration of thinking how could anyone in Congress know what kind of job I was doing and compensate me appropriately.

This occurred soon after the birth of our first child and knowing that our expenses were going to increase, it was clear to both of us that I needed to be able to achieve salary increases in the future based on my hard work. I told my wife that I would need to begin looking for another job (something she already knew). The question was what kind of job?

As I thought about that question, I knew there were some things I did not want to change. I knew I wanted to stay in analytical chemistry and I wanted to continue to analyze for drugs. The merit increase issue also forced me to think harder about a trend that I was seeing happening in clinical toxicology; that it was becoming a sub discipline of clinical chemistry where human biological samples are analyzed for naturally occurring biomolecules (e.g., cholesterol, glucose) using “black box” instruments—ones where the analyst puts a sample in one end and gets a printout of results at the other end with no knowledge or understanding of how the analysis is performed. This was not the analytical chemistry that I had spent all those years working towards.

The other thing I began to consider is that it would probably be a lot easier to analyze for the presence of the drugs before the patient took them since much of our clinical toxicology work was separating the drugs from the biomolecules so that analysis could be performed. I would ultimately find out that that was not only the case, but it paid a lot better too! That would mean working for a pharmaceutical company. The only problem was most of those were in New Jersey and I had no desire to live in New Jersey. 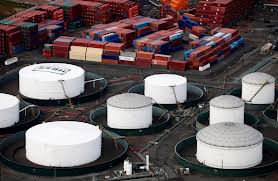 In trying to help me search, my wife would read the newspaper looking for jobs for me but in almost every case, I would be giving up one of the things I wanted to do—either working with analytical instruments or working with drugs. It was very discouraging listening to her and then having to say, “no that wouldn’t be the job for me”. Discouraging at least until one sunny Sunday morning when we were sitting outside in the backyard, drinking coffee and reading the paper.

My wife read out to me a job that she found that would require the incumbent to do a number of different things, every one of them things I wanted to do—and I had the knowledge and expertise to do. I couldn’t believe it, it was absolutely the perfect job for me. And it was in the town we lived in, thus no moving to New Jersey.

I mailed off my resume as fast as I could.

Since cell phones didn’t exist at the time and I didn’t have a private work number, I could only include our home phone number in my resume. A couple of days later, my wife called me at work to say that someone at the company had just called and left a number for me to return their call. I did so from work and found out that they wanted me to come in for an interview. When I asked when, the reply was “how about now?”

Forget about dressing up in a suit and tie to make a good first impression, I had to go in my polo shirt and casual slacks, my normal work attire. But I was so excited about the possibility, I didn’t care. I must have told my boss that I had an errand to run and she was very accommodating to allow me.

As the interview progressed, the more I knew I wanted that job. At one point while I was being given a tour of the analytical laboratory, the interviewer (actually my future boss) mentioned the type of analytical analyses that were performed there. I commented that that was exactly what I had done for my Master’s thesis. He replied with a smile, yes I know.

A week or so later, I was called back for a second interview. Turns out I was one of two candidates that made the final cut for the job and so the Vice President of Quality Control wanted to interview each of us to offer his opinion. I relayed to this interviewer what I had done in graduate school and since working at the VA Hospital. When asked about my level of expertise in liquid and gas chromatography, I indicated that I might not be able to completely disassemble one into its multitude of parts and then reassemble it; but I understood how it worked and had actually assembled an HPLC from component pieces in graduate school.

More time elapsed and then I got a call at work that I had been selected for the job. When it came to a starting salary discussion, I found out that I was going to receive a huge increase over my VA Hospital salary. I thought, wow, industry really does pay a lot more than a government job. Considering that my wife had left her job to stay home with the upcoming birth of our second child, it was a really nice increase.

I started at my new job five days before our second child was born. It felt a little odd when I said to my boss that I knew I had only been working 5 days, but that I needed to take off work for the birth of our daughter. Thankfully he was very understanding having kids of his own.

At this point in my young career, work was play. I was getting to do what I spent college and graduate school preparing for. I was conducting analytical analyses using modern instrumentation. The predominant technique I used was high pressure liquid chromatography and I used to joke that I had become a micro plumber as this technique uses very small diameter tubing through which liquid is pumped at very high pressure. Any instrument set up or repairs required disconnecting and reconnecting this small tubing between all of the individual components using miniature versions of the type of fittings a plumber uses in his trade. I was working with my hands, using small-scale fittings, generating analytical data. There were times when I didn’t want the weekend to come I was having so much fun. And I was getting paid to do it!

But as they say, all good things must come to an end; I got to play this way for only three too-short years.