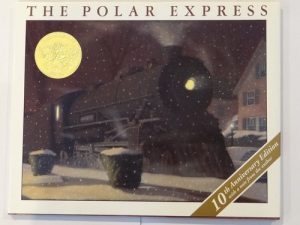 It was one evening sometime before Christmas that I was reading to our youngest son one of our library books, Chris Van Allburg’s now classic Polar Express.  Having never read the book before, we were both enjoying the story and the wonderful pictures.  But it was when I turned to the last page and saw the picture of Santa’s bell, that I could barely read the words as I choked back tears.  Kissing him goodnight, I hurriedly left his room and fell across my own bed for a long, long cry.  It was at this moment that the emotional side of this long ago memory of not believing in Santa exploded within me, bursting to the surface with the fury of a whale breaching the ocean waters.  On reflection of that first reading, I now realize that all of the years of ensuring our children had wonderful Christmas memories had not healed my own little boy inside me.  I knew I could never regain that innocence of belief in Santa but I also recognized that I needed to recapture that Magic! in an adult way.

At some point, our youngest son also figured out the truth about Santa, another memory secreted away somewhere in the back of my mind with no conscious knowledge of when he too lost his belief.

But in spite of this, the traditions continued.  Each child got his/her own special paper and we continued the Christmas morning stair shot.  And somewhere along the way, we added a shot of us all dressed up in front of the Christmas tree just as we were heading out for Christmas Eve mass. 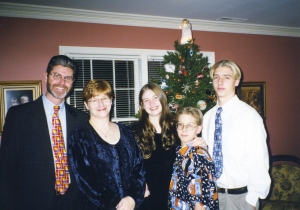 I just couldn’t let go of these traditions and I am sure my wife and kids must have been humoring me to continue them.  But subconsciously I think I was trying to cling to these traditions to stave off the disbelief and to avoid experiencing the long hidden grief anew.

I managed to hold it together until Christmas of 2011.  This was the first year that our two oldest children, having recently married, would be spending Christmas with their new families.  And at the same time our youngest son was moving out to California to finish his college degree.  Days before Christmas, my wife and I found we would be the only two in our home to celebrate Christmas.  After 32 years of marriage, we were back to only the two of us just like we had been on our honeymoon before we had started any Christmas traditions.

I went through the same motions I had in Christmases past unaware something was wrong; I was determined to forge ahead.  When it came time to decide where to go for the traditional Christmas Eve breakfast out, I suggested we instead fix a special breakfast at home, a meal we rarely cook for ourselves.  I baked omelets in Ramekins and cinnamon rolls and for a special dessert, my wife prepared chocolate pasta with cream and raspberry sauce. 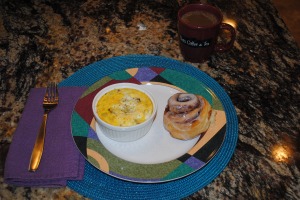 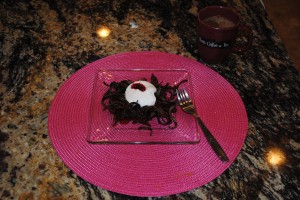 When we sat down to eat, my emotions, which I must have been suppressing all morning, bubbled over and I began to cry into my omelet.  In spite of it being a delicious breakfast, I couldn’t overcome the sadness. 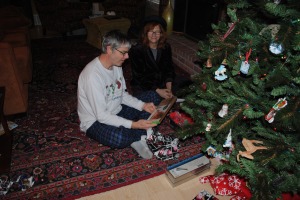 With fewer presents and only two participants, Christmas was a shortened experience.

Our next Christmas, we were blessed to have all of our family together along with our children’s spouses.  This was the first year I needed to buy two extra rolls of special wrapping paper and hang two extra stockings from the mantel. 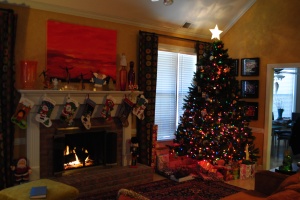 And the Christmas Eve breakfast out tradition returned in an expanded format with our two extra special participants. 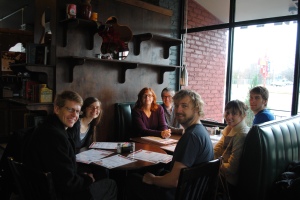 While in 2012 it was wonderful to have the family time together and to resurrect some of the old traditions, I recognize that our Christmas celebrations in 2013 and beyond will be different. 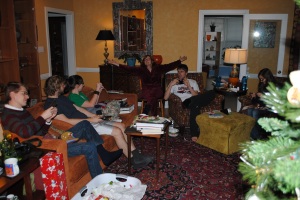 As our children start their own families and enjoy creating their own traditions with their children, I can rest assured that my wife and I have started them off with a lifetime of fond memories, a foundation upon which they can continue to build their own memories.  And even though nothing can ever make up for the loss my own little boy experienced prematurely over a half century ago when he learned the truth about Santa, I will continue to write over those sad memories with joyous new ones that will come from future Christmas Magic!  Just like the ones I made with my daughter and son-in-law only a week ago. 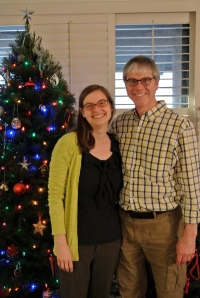