This is, no doubt, a question most everyone asks themselves as they approach retirement when the ties of having to live close to a physical workplace are finally severed and one can then begin to ponder where they would like to live.  Some may choose to move to be closer to relatives.  Others may pick some exotic or more interesting place to move to.  Still others may simply choose to live right where they have lived for many years.  Those of you already retired, maybe you have already answered this question. 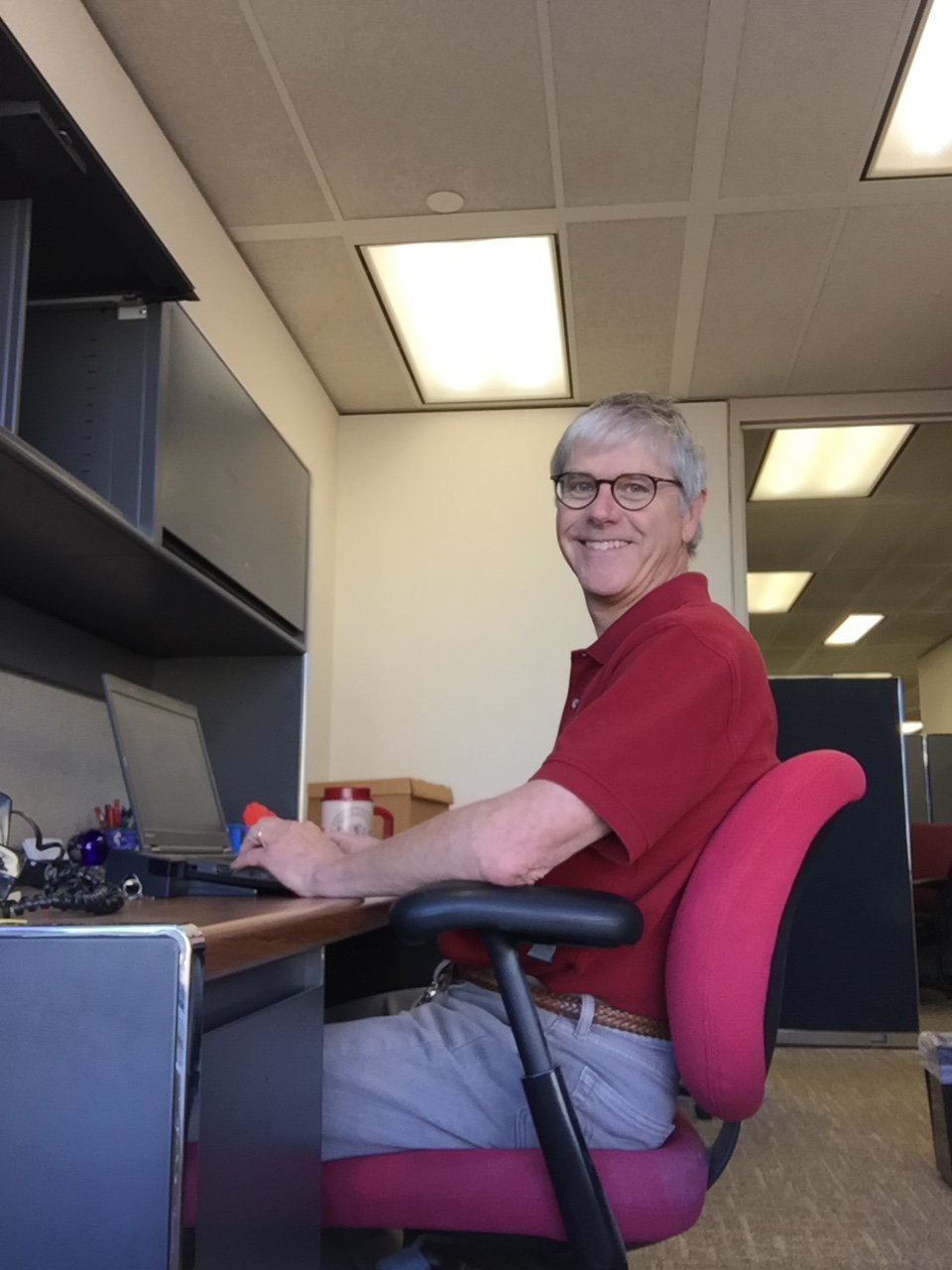 So, this may seem like an odd question for me to be asking considering I retired from full time employment over three years ago and the parttime consulting work I have done since then could easily be performed anywhere I had internet access.

But it is still a looming question for my wife and me for several reasons.

As a backdrop to this question, my wife and I have lived our entire adult and professional life in Memphis, TN, the town where my wife was born and the town, I moved to with my parents in 1970.  After we started our family and our kids began to get older, I sometimes wondered once our three kids went away to college and got settled into a career, if we might move to where they lived.  And since I had experienced living in four different towns growing up, I thought my wife too might one day like to move somewhere else. 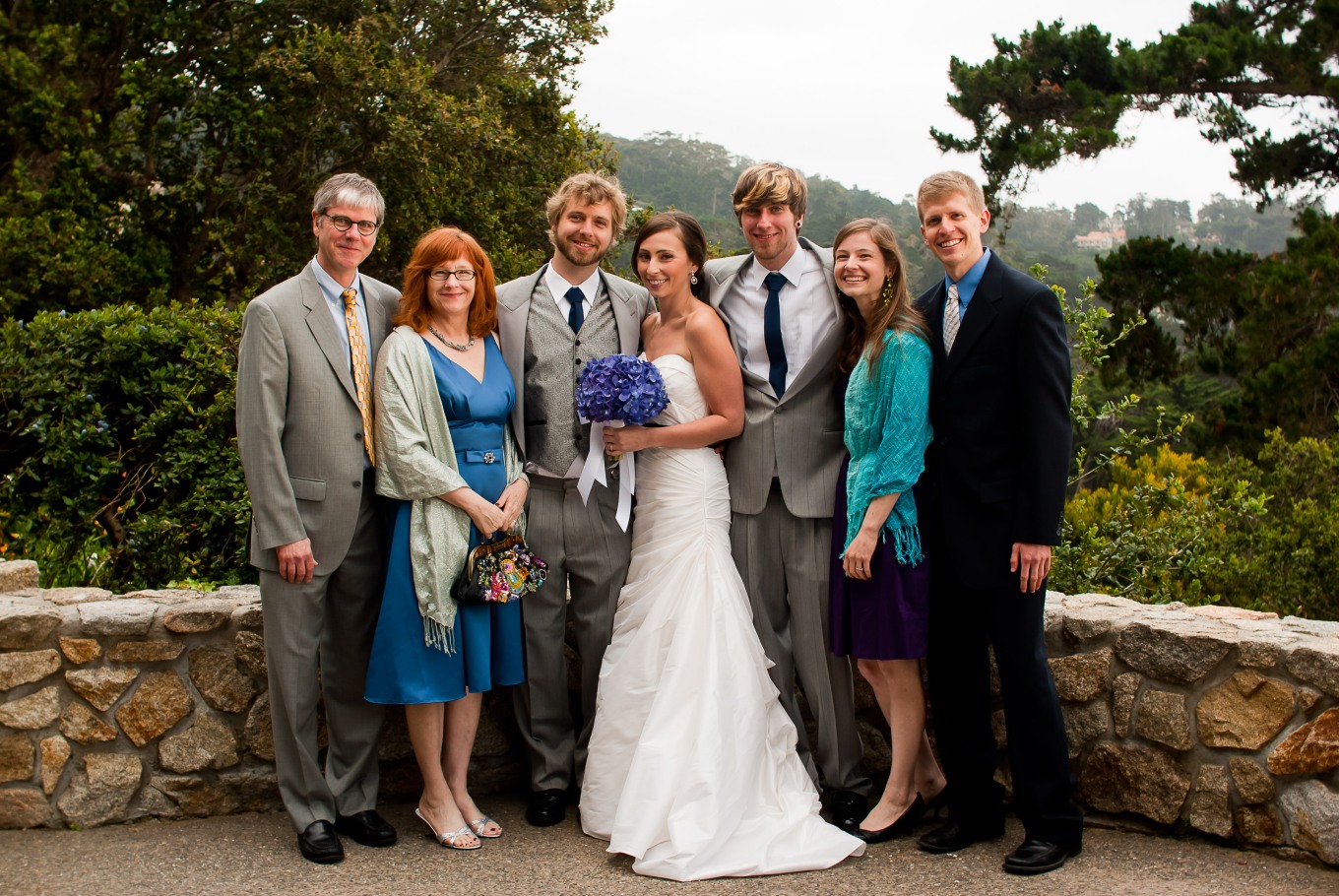 It was in August of 2011 after our two oldest kids married that I started to consider more seriously where we might want to retire to.  While vacationing in eastern Tennessee after the hubbub of the two weddings just four weeks apart, my wife and I even made a list of amenities our ideal retirement home should have. 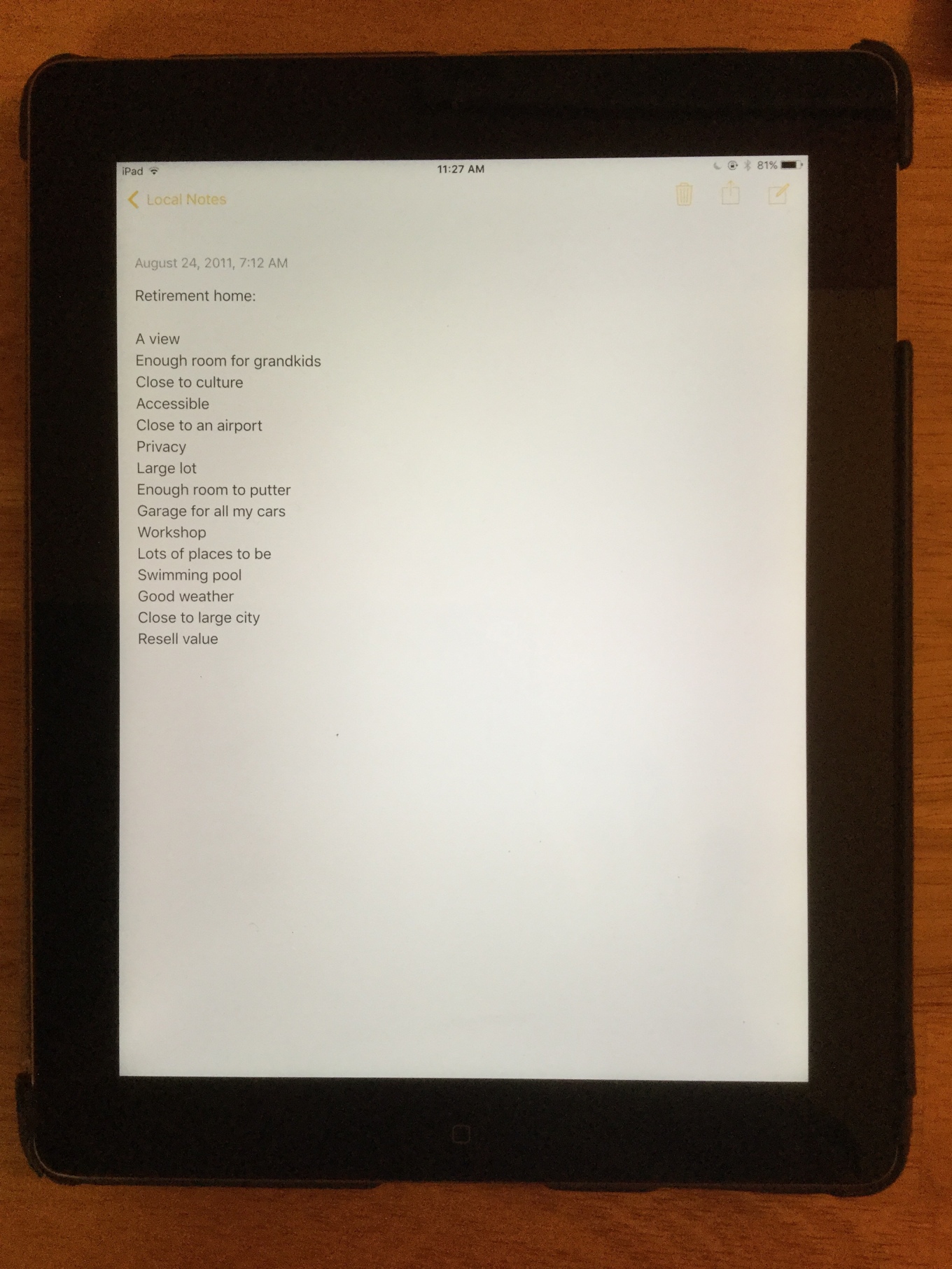 For me, this idea to start early was fostered by some friends of ours who decided where they wanted to live once they retired and even bought a house there to move to before retiring.  To maintain our active friendship, they even encouraged us to move there as well.

But this question of where we might live after retiring became even more urgent years before I retired when I was first working with my financial advisor. Our goal was to perform a retirement analysis that would provide a forward-looking financial roadmap to allow us to live comfortably for the rest of our lives and not outlive our assets.  Not knowing how long you might live is certainly a big unknown in this projection but understanding your income and expenses long term is equally important.  Sitting in her office, I learned some states were friendly towards retirees and some were not.  Several states purposefully discouraged retirees from settling within their borders with tax disincentives that taxed retirement savings when withdrawn.  No doubt, these retiree tax burdens were put into place to prevent someone from moving there and enjoying the existing infrastructure without having had to previously support it by paying in tax dollars for years.

Beyond the question of how our long-term income might be negatively impacted through higher taxes if we moved to another state, another big unknown in our expenses was our housing costs.  Since housing usually consumes a large part of a monthly budget, this represented a huge unknown in our modeling.   Not knowing at the time where we might move to, I just factored into the planning process our current housing costs knowing full well that if our housing costs went up upon moving to another state, our plan would be invalid and need to be modified.

Several years after marrying, our two oldest kids and their young families both settled into west coast cities, one in Seattle and one south of San Francisco.  Since both seemed to be putting down roots for the long-term, it became obvious our kids would not live close enough to each other for us to buy a single home. So, one unique idea I had was to buy condos near each one so we could live part of the year near our kids and grandkids.  I figured with three kids (one still living locally), a time might come when all three lived in different towns from our hometown.  So, my plan was if we sold our existing house, we could buy three condos, one in each of their towns so we could spend three months each year near one of our kids and still live three months in Memphis near our friends residing in our existing midtown condo.  Unfortunately, the west coast cities our kids moved to are so expensive, even a small condo would be three to four times more expensive than the four-bedroom home we currently live in.

With that plan foiled, I looked to other sources for advice.  In the 2020 US News and World Reports list of the top 25 places to retire to, not surprisingly 13 of them were in the state of Florida, a state we would never consider moving to.  As I scrolled through the list surprised by some of the entries, I was pleased to see that eighth on the list was the town I have always wanted to live in, Asheville, NC, a town I know and love as I vacationed nearby in Montreat, NC almost every summer growing up.  And now a town bursting with craft breweries that my brother and I have enjoyed visiting on multiple occasions.

But even looking at condos in Asheville, I was amazed at the fairly high cost of housing there. 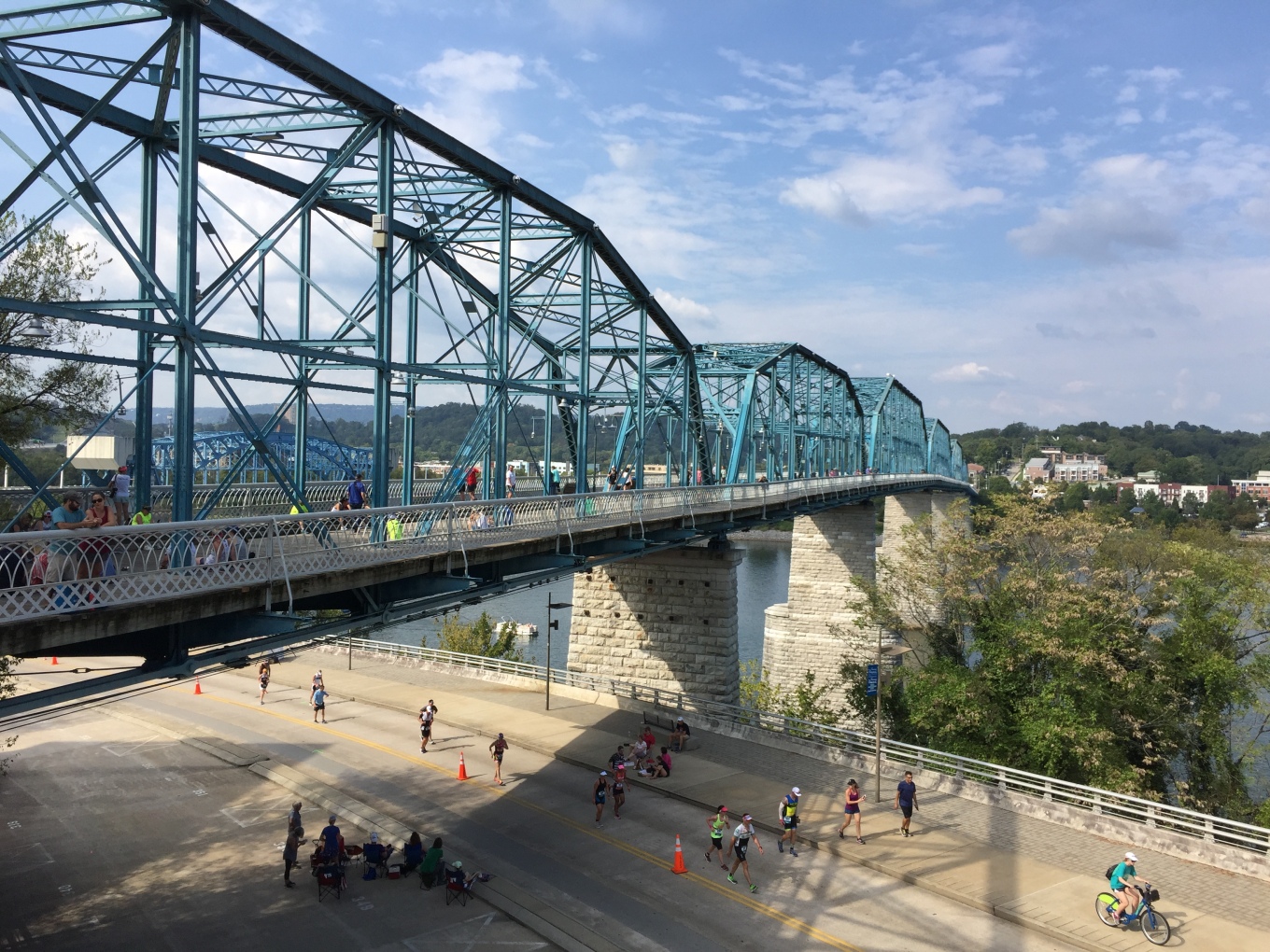 Looking further on the list, it was interesting to note that two of the towns that made the list were in our own home state of Tennessee, Nashville, and Chattanooga.  Moving to Chattanooga would certainly get me much closer to Asheville and Montreat allowing for more frequent visits.  But neither of these two would get us any closer to our west coast kids, although at least we would not incur a tax penalty since we have been paying Tennessee state tax dollars our entire working careers.

But then on the practical side, we are less than two years away from paying off our house.  Recall, this was a big looming question during my financial planning since without knowing where we might live, it was impossible to predict what our housing costs would be.  One of the salient points my financial advisor made during that discussion was we could continue to live here and once we paid off our house mortgage, have lots of dollars for travel to visit our kids.  Or we could choose to move to a more expensive location with a likely higher monthly mortgage payment and not have many travel dollars.

Although I am retired and those work strings have been cut for me, my wife is still working parttime and is moored here through her private practice.  And our youngest son and his family still live here in Memphis.  With two of our six grandkids living a mere 5 miles away such that we get to see them quite frequently, I know we would never move away from them.

So, this question will still linger for us and may eventually be answered by default by not moving out of Memphis.  But this is not a bad thing as we have a nice big home with plenty of room for out-of-town guests and an inviting backyard to enjoy.  And with a nice pool, there is always incentives for family to come visit.

8 thoughts on “Where to Retire to?” Leave a comment ›