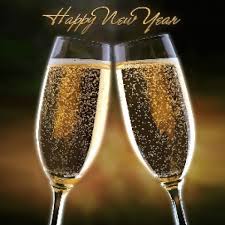 Happy New Year!  Continuing with the tradition I started several years ago, I thought I would begin the New Year by posting around New Year’s Day my favorite books that I read from the prior year.  And as is often the case, I started out my reading year right on New Year’s Day.

My reading year began in earnest after all the New Year’s Day college football games were over and during the year, I read a total of 46 books, 24 fiction and 22 non-fiction, not more than my record number of 58 in 2017, but still a respectable number. 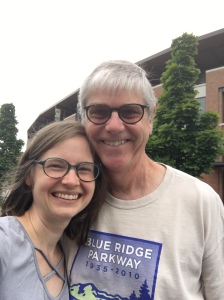 And for the third year in a row, my first book to read that just so happened to also make my “Best of” list was one given to me by my daughter and son-in-law for Christmas: Midnight in Chernobyl by Adam Higginbotham and published in 2019. 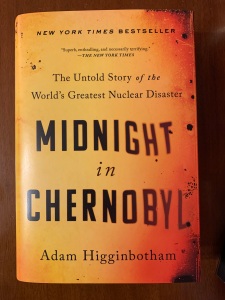 Anyone of my generation (and possibly even younger ones) can vividly recall the movie The China Syndrome (1979), the Three Mile Island Accident (1979), and the Chernobyl Disaster (1986) for their first fictionalized and then actual nuclear accidents.  But other than seeing the fictional movie and reading actual news reports, probably have little detailed knowledge of what happened or what led to the accidents.  Higginbotham has changed all that having written a masterful and well-researched telling of the worst atomic disaster in history, complete with photos, maps, and detailed schematics of the nuclear power plant.

As the disaster unfolds, Higginbotham provides minute by minute details of the events leading up to and following the disaster that will keep you on the edge of your seat.  Following the first 48 hours, are details of the cover-up, the misinformation, and the outright lies perpetuated on the Russian people and the world as a whole by the Russian authorities.  But also, the heroes, the brave stories of all the dedicated people who worked so hard to contain the radiation leakage and avoid a real “China Syndrome,” many succumbing to the fatal effects of the acute radiation poisoning.

It is amazing to consider that this one event contaminated such a huge area of the globe that may never be re-populated.  But even more amazing is that after more than 30 years since the accident, the reactor and city where the nuclear power plant is located have now become a tourist stop which I was most surprised to learn from a Rick Steves’ podcast and confirmed in the last chapters of the book (not sure I’d really want to go given the remaining radiation contamination).  So, instead you can be like me and learn about this incredible story by just reading the book in the comfort of your home and avoid learning about it at the actual site. 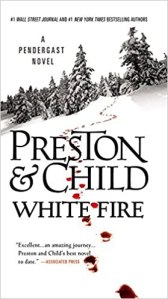 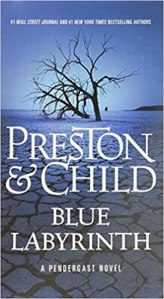 Just like when I was reading all of Ian Fleming’s James Bond books, I have begun to binge read this Special Agent Pendergast series by Douglas Preston and Lincoln Child.  I have highlighted some of these previously in my Best of Books posts but these two in particular warrant mentioning.  Both got my heart rate accelerated multiple times in the book and several nights while reading them, I had to force myself to put them down and go to bed.

Both of these books reintroduce a previous heroine that has not been heard from in several books.  The first is set around Christmas in an exclusive ski resort in Colorado.  As is often the case while the heroine could use his help, Pendergast is off on a separate important adventure, one of a Sherlock Holmes nature, that ultimately intertwines with the main story.  The climax of this adventure goes on for a number of chapters and has a most surprising ending.  I won’t say more to avoid being a spoiler.

The second book returns to the scene of one of their first and by far best books at the New York Museum of Natural History.  Through this intricate plot, we gain even more insight into Pendergast’s genealogy and some of its deadly past.  I absolutely can’t tell you any more about the surprises awaiting you, without spoiling it for you.

If you have read some of these books in the past but not these two, they are number 13 and 14 in the series.  Be sure and read these if you haven’t already and if you have read this many by now, you too, like myself will be hooked and will continue to read in this series. 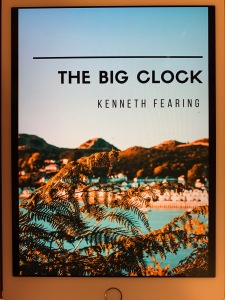 I don’t know that I ever would have heard of this book, The Big Clock by Kenneth Fearing had I not watched the credits following the movie No Way Out starring Kevin Costner and Gene Hackman. 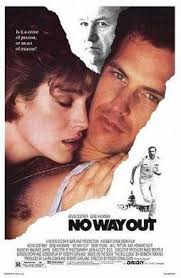 I had watched this movie soon after it was originally released in 1987 so I knew the plot but recently wanted to see it again.  I will say little more about the movie except to say if you haven’t seen it, you must as you will be blown away by the surprise ending, one of the best I have ever seen.

So, after more than thirty years, seeing and thoroughly enjoying the movie a second time, I was most pleased to see that it was adapted from this book.  But when I searched for and read the synopsis of the book, I thought this must be a mistake, this is not what the movie was about.  But as I read further, I could glimpse similarities.  Since I loved the movie, I decided to give the book a try.  I’m glad I did.

It was amazing how the two stories were the same, only different.  The movie is set in the Pentagon with international intrigue, the book in the world of magazine publication in New York.  Yet every tense moment was the same.  An accidental death occurs, and an attempt is made to frame the innocent protagonist.  As I continued to read this short 119-page book published in 1946, I could not believe the parallels between the book and movie.

Even though I knew how the movie ended, I still found my heart racing as the book story unfolded and the protagonist came closer and closer to being trapped.  I knew they had to have a different ending and yet the book also had a surprise ending.