One of the books that I read last year that did not make my “best of 2017 list” was Strong Medicine by Arthur Hailey.  This was actually the second time that I had read this book having originally read it not long after it was first published in 1984.  One of the reasons that I did not include it on my list was because I knew it would be too lengthy of a topic and warranted its own post.

Besides being a fan of Arthur Hailey, my main interest in reading this book was because I worked in the pharmaceutical industry and thought it would be interesting to read a novel about this often maligned industry to see how close to reality a perspective the author portrayed in a fictional setting.  I was amazed at how accurately he hit the mark.

Having worked in the pharmaceutical industry for over 35 years, I was very knowledgeable of the new drug development process from the very beginnings of the discovery of a “new chemical entity” all the way through the lengthy and costly multi-phased, multi-year FDA approval process.  True to his writing style, Hailey researched and presented the topic from many of the different stakeholder’s perspectives—the drug detailer, the prescribing doctor, the R&D scientist, the patient, the Pharma executive, and the FDA reviewer.

Amazingly 30 years after being published, the book still presented a fairly accurate portrayal of the drug industry so anyone wanting to learn more about this field would enjoy reading this book.  And over that period, with only a few changes, the process still remains essentially the same.

Everyone is concerned about drug safety and ensuring the safety and efficacy of a new drug is a huge part of the drug approval process.  Unfortunately, occasions arise after a drug is marketed that bring into question its safety and even in rare situations can have horrendous side effects or result in fatalities (thalidomide being a prime example). Hailey ingeniously included this aspect in his book. 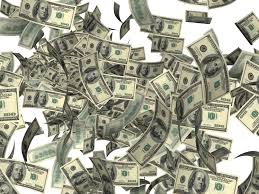 One perspective that Hailey included sadly is one that arises in any field where multi-billions of dollars are at stake—scandal for both the regulated and the regulator!  While certainly not a daily occurrence, it’s potential has existed in the past and still exists today.  But what is most interesting is that the storyline that Hailey included in his novel was actually prescient of an actual event that occurred within five years of his book being published.

To avoid being a spoiler of the book plot, I will focus my retelling of the actual event, not the fictional one portrayed in the book.  But the parallels remain.

Whenever I think about the actual event over 30 years ago, it is amazing that it actually occurred. But obviously the potential financial gains for the unscrupulous individuals were just too great in this mammoth industry thereby intentionally ignoring patient safety.

The name of the real-life event is the Generic Drug Scandal and if you Google it you will be surprised at the number of news stories that come up.  Most people have never heard of this and even when I teach my Method Validation course and ask course participants in the pharmaceutical field, many of them have never heard of it either.  But the outcome of it actually impacts how drugs are approved today.

To understand this story, one needs to know a little bit about the generic drug industry in the United States. 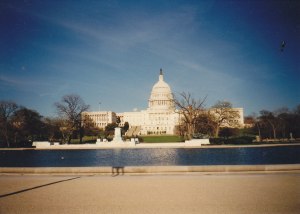 The generic industry, as we know it today, really developed following the approval of the Hatch-Waxman Act in 1984 (ironically the same year Hailey’s book was published).  The Act amended the Food, Drug, and Cosmetic Act to allow an abbreviated FDA approval process for generic companies to gain approval of a generic drug.  Rather than repeating expensive human clinical trials (estimated as costing hundreds of millions of dollars) that the original branded drug company (referred to as the innovator) had to perform to gain approval of the drug, generic companies are allowed to simply demonstrate bioequivalence between their generic drug and the innovator drug.  One mechanism for showing this bioequivalence is an analytical laboratory study where the generic and innovator drugs are compared side by side to show equivalence of dissolution profiles. 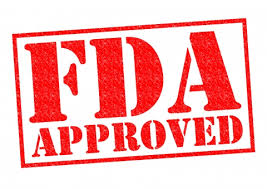 It was actually another generic company that discovered the fraud.  They had repeatedly complained to FDA that FDA was not following the “first in, first reviewed” policy mandated by the FD&C Act and that other companies were receiving preferential treatment.  Frustrated with a lack of response to their complaints, that generic company hired a private detective who uncovered the FDA bribery.  When the full investigation was complete, it was found that as many as nine different generic companies had submitted poor quality abbreviated submissions and then bribed FDA officials to review them first.

But the scandal went beyond just the practice of FDA bribery.   One company in particular even went so far as to substitute innovator drug for their generic drug in these bioequivalence studies.  Thus they simply compared the innovator drug to itself in the laboratory studies (fortunately this generic company is no longer in business, but I have had participants in my course who worked for that company at the time of the scandal and told me of some of the ways that FDA was bribed).

Congress and FDA, in order to rectify and prevent the scandal from recurring again, undertook major efforts. One such practice instituted in the early 1990s was the addition of an inspection by FDA during the approval process to ensure integrity of the laboratory data submitted.  This became known as the Pre-Approval Inspection or PAI.

With all the publicity within the pharmaceutical industry about the Generic Drug Scandal, one would think that it could not occur again and yet as recently as 2005, another generic company based in New Jersey was found upon inspection by FDA to be fabricating laboratory data.  Within this company, the fraud was so invasive, that it ultimately led to the recall of every lot of drug product the company ever made and the ultimate bankruptcy of the company.

So if you chose to read Hailey’s book to learn more about the drug industry, know that the fictional stories portrayed are still very true to life even in the 21stcentury.