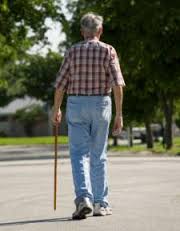 I’ve always thought that walking was for old people. Whenever I saw the elderly walking at the mall or around the neighborhood, I thought how good of those old people to get some exercise—thinking that was probably the only thing they could do. This is a pretty arrogant thought coming from someone who is not only aging but also seeing the last few months of his fifth decade fly by. Thus, I either need to change the way I think or include myself in the classification of “old people” because I walk now or more specifically, I guess you could say I “Fitbit.”

I never really thought about walking before—at least not intentionally walking—since I never thought of it as exercise. Since I have run for over 20 years, I didn’t think I needed to walk. But that all changed last year when the company I work for offered Fitbits for free to all employees as a part of their wellness program. Considering I could get one for free, why not so I did. I filled out the form online and a few days later, it arrived at my door. 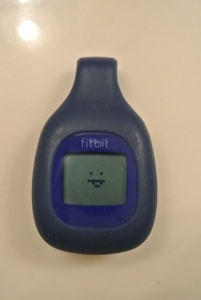 Prior to getting my dark blue Fitbit, there was only one other time when I would have loved to have had a Fitbit. 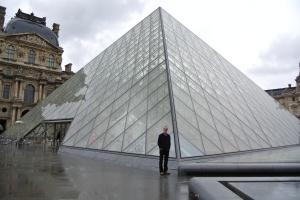 The year my wife and I went to Paris, France, I wished I had one. We did a lot of walking, particularly that first day and when we got back to our apartment, my wife exclaimed that she had walked almost 30,000 steps, nearly 15 miles. It would have been nice to have had that milestone to my credit.

When I first starting using my Fitbit, I really had no idea how many steps I took in a normal day. After a few days, I began to think getting about 8,000 steps was pretty good but then I would get little notifications like “just 2,194 more steps to reach your daily goal.” I don’t even remember setting a daily goal. As it turned out I didn’t. 10,000 steps is the default setting that comes preloaded on a Fitbit. But since it was about 5 miles, it seemed a worthy and attainable goal and so I began to walk extra to meet that daily goal. 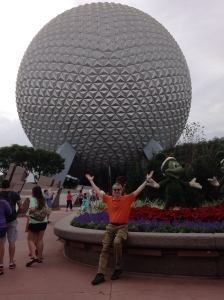 Not long after I got my Fitbit, I went to Disneyworld for the first time with my brother. I figured I would get a lot of steps there and even took my computer with me so I could sync my Fitbit at the end of each day to be sure I got credit for all of my steps. While there, I hit 18,000 steps one day and 19,000 another. I was actually a little surprised that I didn’t rack up as many steps as my wife did in Paris but I guess part of the time in Disneyworld, I was moving very slowly in line waiting to get on a ride. 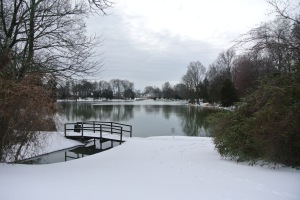 Over the winter when the weather was cold and nasty outside, I began to walk the second floor of our house from one end to the other in the morning before work. When I mentioned this to my wife one night, she remarked, “Oh yea, you’re house-walking.” It sounded so risqué. But obviously I was not the first to do this if a term had been coined for people getting extra steps inside their house.

The next time I went off to teach my class, I found I was walking the halls on break since I was getting very few steps standing in front of the class all day.

I even started to walk from one building to another at work to get steps and encountered others obviously doing the same.

On days that I ran, I easily met my daily goal as I usually had over 5,000 steps by the time I got back to the house. And when the weather got warm enough to go out doors, I began to go outside before work on non-running days and walk around the lake in our subdivision. 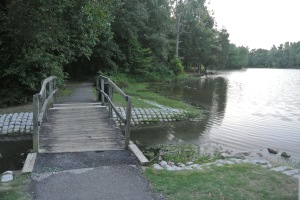 While I have hit 15,000 steps several times and achieved many of the badges offered, the London Underground, the Sarenghetti, and the New Zealand awards, I only recently finally hit 20,000 steps 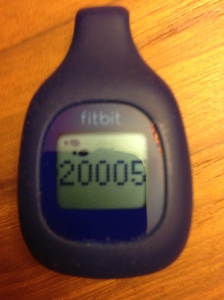 I don’t recall what was special about that day; maybe I ran and then did a lot of walking just as a normal part of my day.

I still have all of my weekly progress reports from Fitbit so I can go back and see what were some of my more productive weeks. My biggest weekly total so far is 93,694 steps, one of the weeks I was in Amsterdam where I always do a lot of walking.

So I still have some goals to reach—my first 25,000-step day and my first 100,000-step week. I doubt were it not for getting a Fitbit, I probably wouldn’t have focused on getting extra walking in as a part of my day. But I’m glad I did and hopefully this will help me with my weekly exercise routine even though my neighbors may see me and think, “there goes another old person walking through our neighborhood.”