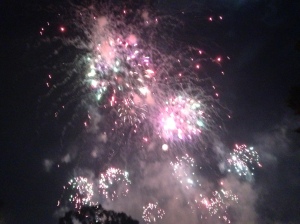 Do you have the problem that I have each year of trying to figure out how to celebrate bringing in the New Year? For such a significant milestone, does it seem to you to require a huge celebration with fireworks?

I certainly have had difficulty over the 50 or so New Year Eve’s I can recall. I can say I’ve tried many different ways but am happiest with how we have celebrated most recently. But before I get to that, what are the ways I have celebrated in the past? 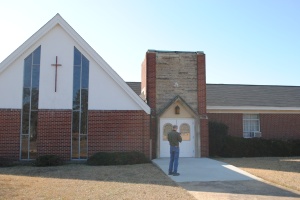 My oldest New Year’s Eve memory is from when I was less than 10 year’s old. Unless I am mixing up memories, I seem to recall some friends of ours getting married on New Year’s Eve in the church where my dad was pastor. It might have been a Sunday evening but I don’t know for sure. After the wedding, we went home only to return several hours later for an 11:00 PM service that rung in the New Year.

My next memory of celebrating New Year’s Eve was when I was in high school and stayed home to watch “It’s a Wonderful Life.” I love this movie and it usually started at a time so it would end right about midnight. What better scene to ring in the New Year than with George Bailey and all of his friends celebrating the joy of a wonderful life? 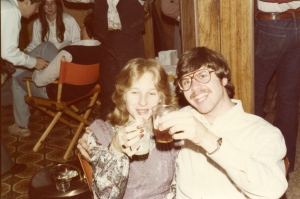 After I was in college and was of legal drinking age, my celebrations changed dramatically. One year, I recall driving to Nashville on New Year’s Eve to celebrate with many of my fraternity brothers. This year was especially memorable as it was just weeks after I got engaged to my future wife. 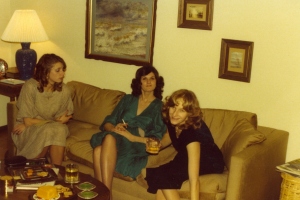 The year we got married, we were able to celebrate New Year’s Eve with my siblings since they were still in town after our December 22nd wedding. 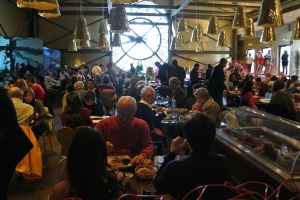 After that first year, we typically celebrated New Year’s Eve with some friends. Our plan was to go out to dinner together. This turned out to be a really bad idea as everyone else had the same idea. One year I remember, we rung in the New Year as we were being escorted to our table after waiting hours just to be seated. Never again would we be so foolish.

After we started our family, it was more difficult to go out for New Year’s Eve since we also had to find a baby sitter. We spent many of these New Year’s Eves staying at home, sometimes cooking out a special meal.

Even after our kids were old enough to go to their own parties, we still mostly stayed at home not wanting to get out into the huge crowds. Since we live in the Central time zone, we could get into bed early after watching the ball drop in Times Square and marveling at all the crazy people shivering in the cold, shoulder to shoulder with thousands of other people. I must say it never prompted a desire for me to join them. 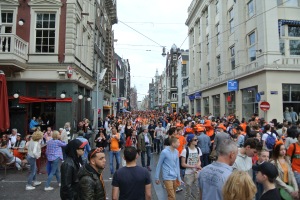 We were actually in Amsterdam on King’s Day this past year and it was described to us by locals as Amsterdam’s equivalent to New Year’s Eve in Times Square. Even though it wasn’t cold, it still didn’t create a desire in me to be in New York amongst a crowd of revelers for that event.

Until recently, our New Year’s Eves have typically been quiet ones at home. That is until several years ago when some friends of ours invited us to come stay with them in their mountain cabin for New Year’s. 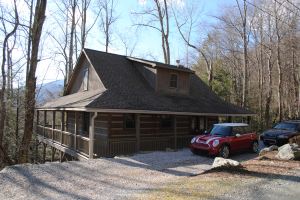 Now that they have included us in their New Year’s celebration, we enjoy a delicious meal with some of their friends, drink champagne in their hot tub, and then watch the ball drop for the actual New Year since we are in the Eastern Time zone. And for someone not used to staying up until midnight, coming from the Central time zone just days before December 31st makes it much easier since to our bodies, it’s really just 11:00 PM. 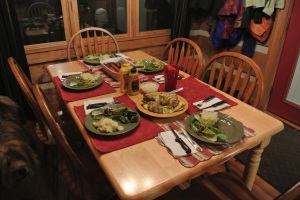 This past New Year’s Eve was our fourth to celebrate with these friends. And as has been for the previous three, it was a great way to bring in the New Year, a quiet evening at home, away from the crowds, enjoying being with some really good friends to celebrate!

4 thoughts on “How Do You Celebrate New Year’s Eve?” Leave a comment ›