I am happy to say that when you read this post, I will be back in the city by the bay—for the 20th time. The reason I have been there so many times, almost as many times as I have been to Amsterdam, is that San Francisco is one of the cities in which I frequently teach my course—this time being the 14th time to teach there. And I love this city!

My first ever trip there was in fact to teach my course in October 1998. I arrived on the weekend before the course and my family joined me midweek after the course was over. The weather was fabulous and we did as much sight seeing as we could cram into just a few short days.

Our first stop was the Golden Gate Bridge, a bridge I had admired for many years, and one I was finally getting to see in person. This was followed by stops at Lombard Street, Ghirardelli Square and Fisherman’s wharf before heading north to Muir Woods.

In 2004, visiting San Francisco took on even more significance. That year, I was able to switch the timing of our course to September. This timing coincided with our daughter having recently moved to the Bay area to start her graduate studies at UC Berkeley. 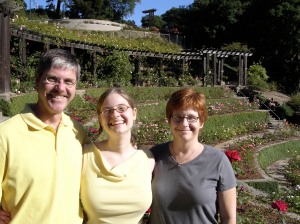 And it just so happened to be the same time as our daughter’s birthday so we could celebrate with her.

And then in 2006, visiting San Francisco took on even more significance as our oldest son moved there for his first job out of graduate school. 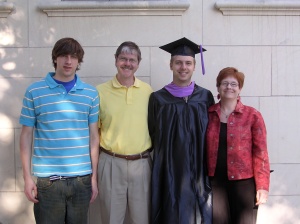 So then we had two great reasons to visit San Francisco each year, some years more than once.

Soon after that, my oldest son borrowed one of Miatas and drove it out there, which then gave me a fun car to drive around in every time we visited.

…but now I had my very own Miata to zoom up and down this picturesque highway.

Our San Francisco visits continued over the next several years to include three separate family Thanksgivings along with me teaching my course.

But our visits there reached quite a pinnacle in 2011 when in one week we were in San Francisco for our daughter getting her PhD, our future son-in-law getting his PhD, and our son getting married south of San Francisco at Carmel. 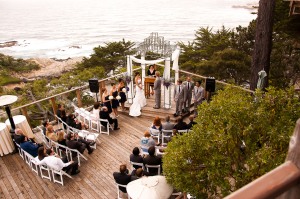 Is it any wonder I love that famous Tony Bennett song? 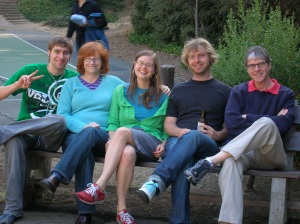 I have so many fond memories of visiting San Francisco. From all the wonderful family time we have had there together, from the restaurants we’ve eaten at, from driving the steep hills and crossing the Golden Gate Bridge to trips to wine country and Sea Ranch. I could write my own words to that song from the delightful experiences we have shared in and around the city.

But this trip, for the first time it will be just my wife and I as none of our kids live in the area now. In some ways, I am sure it will be a bitter sweet visit, one we will reflect on past family visits as we dine at some of the familiar places and see some of the familiar sights. But we will be fresh from our recent adventure in Paris ready to explore and discover new fun in this, one of my favorite cities.