I think we have taken more trips this year than any previous year in my past half-century plus lifetime.  There was a trip planned almost every month of the year and sometimes multiple trips in a single month.  While some of this travel was for business, only on one trip was it not combined with pleasure or solely for pleasure.

Our travel year started out with a trip to Boone, NC where some friends of ours have a cabin.  We drove up a few days after Christmas to spend New Year’s Eve with them.  While we had a bit of snow—always a real treat for my wife—it had mostly melted soon after the sun came up. 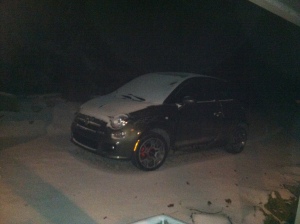 So rather than snowy activities, we enjoyed hiking around Linville Falls before settling down to ringing in the New Year.

Our next trip was one that came up rather unexpectedly when I was asked to travel to Istanbul, Turkey in February to teach my course.  What made the timing even more intriguing is that our daughter and son-in-law had just been there in the fall of 2012.  I was scheduled to teach over the weekend so we managed to get in some sightseeing before and after the course.  In just a few days’ time, we were able to squeeze in a large number of the major sites and enjoy some delicious foods.

We skipped the month of March but were then back on the road in April when we were out in San Francisco teaching again.  For this business/pleasure trip, we were fortunate that our daughter could fly up from LA and spend the weekend with us in the city. 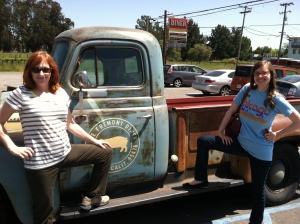 On Saturday, we drove up to wine country where our eventual destination was eating at a gourmet restaurant where our daughter’s college friend was the chef.  Before dinner, we explored the town of St. Helena where I found a most interesting VW bug. 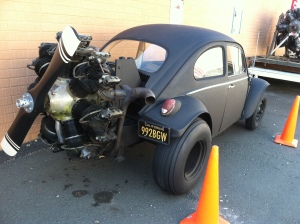 Dinner was fabulous and all of the staff treated us as royalty.

April was followed up with two trips in May, one at the beginning of May and one at the end of May.  The first was strictly for business when I was in Washington, DC to present a talk at a national meeting.  While not for pleasure, this trip was still important as I was moderating and presenting along side of FDA on a topic of extreme interest in our industry.

The second trip was to New York for our daughter-in-law’s graduation from NYU with her Master’s.  On this trip, our youngest son came along for his first trip to NY.  After graduation, we were able to get in a few days of sightseeing.

Along with a visit to the Brooklyn Bridge Park, a project our oldest son is involved with. 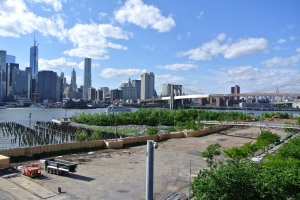 June was another month with two trips.  First, I travelled to Amsterdam to teach the course.  Due to the high cost of airfare, I travelled alone on this trip—my 25th to Amsterdam.  For the pleasure portion of this trip, I visited Madurodam, a favorite of mine and for anyone who loves models, as it is Holland in miniature.

After the course ended, it was a treat to visit the Rijksmuseum, one of the major ones in Amsterdam and one that had been closed for renovations for over 10 years.

And then less than 24 hours after returning home, I was on a plane to Las Vegas for a family reunion.   I have one word for Las Vegas in June—hot.  In spite of being jet-lagged from the nine-hour time difference between Amsterdam and Las Vegas, it was a great family reunion, the first I had been to in over twenty years.  And we even managed to find the time to visit the Hoover Dam.

In August, we travelled to Seattle where our daughter was able to join us.  This was strictly a vacation all about family time together, drinking great beer, and having fun.  For this trip, my daughter and I planned all of our activities and my selections were touring the Boeing plant,

The Chihuly Glass House and Gardens,

and the Space Needle. 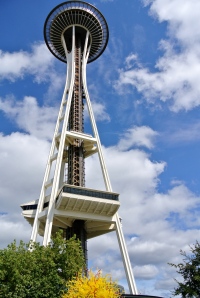 In October, we realized my wife needed one more trip to maintain her frequent flier status and so I found us cheap tickets to Baltimore.  This was our first time there so we as typical tried to cram as much into the weekend as we could.  We stayed in downtown so walking to the Inner Harbor would be easy where we had numerous good meals.  My favorite excursion was visiting the B&O railroad museum. 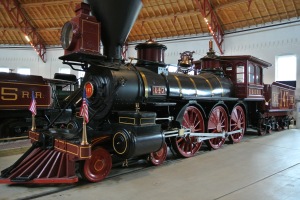 but managed to get in some good beer tasting as well.

November found us back in New York after I finished teaching the course in New Jersey.  The weather was much cooler than when we had been there in May and so mostly sought out indoor activities.

Then two weeks later, I traveled to Los Angeles for the LA Auto Show.  This was my second visit to the show and one that may become an annual event as I get to combine it with a visit with my daughter and son-in-law.  On this trip, we went to the Griffith Observatory, a wonderful museum for a scientist made all the more enjoyable through technical explanations from my astrophysicist son-in-law.

Then last weekend, we traveled to St. Louis to celebrate Christmas early with our daughter and son-in-law who will be spending Christmas with his parents in Illinois.  And then ending the year, we will be travelling back to Boone, NC to once again ring in the New Year with our friends—where our year of travel all began.

All told, it was a year with 12 trips.  On reflection, I must say this much travel made for a busy year with all of the trips added on top of a full time work schedule.  But it was enriching visiting with distant family members and full of new experiences.  I don’t know what our travel schedule will look like in 2014 but the year will be filled with wonderful memories of this year of travel.

3 thoughts on “A Year of Travel!” Leave a comment ›