In our second year–the first full year of teaching–the course took off in popularity as we taught nine separate times.  Five of these courses were in Europe and I remember moving up in frequent flyer status so quickly, that I was achieving the next level even before I received the credentials in the mail for the previous level.   Separate trips to Amsterdam, Rotterdam, Denmark, Finland and Switzerland in addition to the other four domestic locations allowed me to really rack up the frequent flyer miles.  I remember my boss coming to me at the end of the year to say that I was gone from work so often, that people were beginning to ask if I had left the company.  His suggestion was to teach less the next year, which I did—only seven times in 1999.  These courses also included European trips to Amsterdam (twice), Portugal, and Israel. 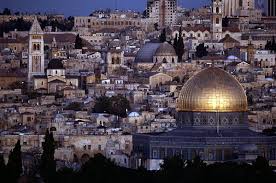 While I often comment that M and I have seen the world together, a downside of using my vacation time to teach this course is that it has limited the time I had to take “real vacations” with my family.  Fortunately my wife has been able to travel with me on many of the trips and occasionally my children have been able to come along as well.  Admittedly teaching involved work for me but fortunately there was always a way to include a few days of vacation on the front or back end of the course.  While I was sacrificing some of my vacation to “work,” I was teaching a topic I loved and was very passionate about and after teaching it so many times, was easy to do without any preparation.

This year, I made it to Asia for the first time when I was asked to teach in Turkey.  For this course, I would be the only lecturer but I didn’t anticipate this would be a problem since M and I had each taught alone previously due to scheduling conflicts.  But several factors resulted in this being one of the hardest times teaching.

First, I came down sick with a sinus infection two days before we left which left me symptomatic the entire trip.  Second, it took us so long to get there; I barely had a full day before teaching which with being sick, made the jet lag even more severe.  Then third, I found out once there that a translator would translate my comments into Turkish after I spoke.  This made it very difficult to keep up the flow of the class especially since I had already been asked to compress the three-day course into two days.  When it was over, I told my wife if that had been what it was like to teach this course when I first started many years ago, that I would have really had second thoughts about continuing.

In 2012, we celebrated our 15th year of teaching the course.  Over those years, we have taught the course over 80 times to almost 2,400 participants.  In addition, these trips allowed me to travel to Europe 39 times.  While these trips may not have achieved the variety of destinations my mother- and father-in-law had traveled to, it certainly met or exceeded the number of European trips they had taken.  And I had not had to wait until retirement to begin my travels.

As I move towards retirement, I think of the additional time I will have to teach.  No longer will I have to decline teaching opportunities since I will no longer be limited by a finite number of vacation days.  I also plan to develop a second course that will afford me even more travel and I have begun to take steps to lay the groundwork for that course.

By the time I do retire, I will have racked up over a million frequent flyer miles and will be able to consider myself an experienced international traveler.  I will have definitely answered my question from so many years ago—that no I won’t have to wait until I retire to be able to travel internationally.  I will have already done so and future travel in retirement will just add richness to the experiences I have already enjoyed.