Fifty years is a pretty significant milestone to achieve. But for me, someone who reached the age of 60 this year, hitting this half-century mark occurred over a decade ago. However, throughout this year as I anticipated the run up to my 60th birthday and even after I had moved well past the actual date, it was interesting to discover how many things actually turned 50 in 2016.

With my own sexagenarian milestone occurring in 2016, I might have been more attentive to other things achieving a significant milestone this year since I do not recall anything turning 50 in the last few years. But this year, each time I came across something turning 50, I tried to think back if I recalled its launch, creation, or introduction. After all, 1966 was the year I turned 10, an age that I certainly can recall memories.

The first memory that I was hit with this year was Super Bowl 50. I don’t recall prior to Super Bowl 1 whether or not I even watched professional football. But I distinctly remember watching this first game in 1966. Maybe my interest was piqued with the excitement of knowing that the outcome of the game would establish a world titleholder but since that first championship game, it has been a rare Super Bowl that I have missed.

Ironically, a common advertiser to these games, Doritos was also launched nationally in 1966. I know I don’t remember this event but I have certainly enjoyed some of the chips over the years, maybe even while watching the big game.

Although I didn’t watch it at the time, the TV series “Star Trek” was launched in 1966. My memory of this show is actually watching reruns in college over 10 years later. But the show started a dedicated following that lives on through to today.

A TV show I do remember watching though was “Batman & Robin” starring Adam West and Burt Ward. With the “POW” and “WHAM” signs being flashed across the screen whenever fights occurred, it would seem pretty cheesy today.   I can even remember going to a Batman movie, which probably starred the same characters and was no doubt, just as cheesy.

The miniskirt turns 50 this year although I don’t recall if I noticed its introduction when I was 10 years old. I think at the time, I was much more interested in cars. But I suspect by the time I became a teenager a few years later, that I was certainly noticing these super short dresses. My reminder for this iconic clothing item debut was a historical fashion exhibit I visited this year at the Rijksmuseum in Amsterdam. 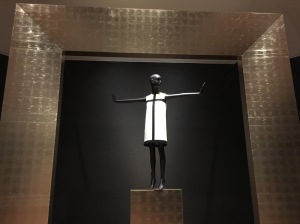 Turning to cars, who would have thought the Toyota Corolla turns 50 this year. But for such a boring car, I can’t imagine why anyone would even notice.  Much less celebrate.

Now a car turning 50 this year that holds a lot more significance to me is the Chevrolet Camaro because I can certainly remember its launch just two years after its predecessor and fellow “pony car,” the Mustang was revealed. For the April 17, 1964 introduction of the Mustang, I was only seven at the time but I can still recall the paper-covered windows at the local Ford dealership in advance of the date. In contrast, the release of the Camaro did not garner as much public attention or fanfare as the New York World’s Fair inaugural appearance of the Mustang but for me then at age 10, the launch of the Camaro certainly caught my attention. Although I’ve never owned a Camaro, it is a car I have considered purchasing and one I have always admired including the current retro model. 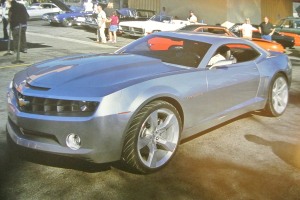 So for this being a milestone 60th year for me, it has been interesting to learn all of the things helping me to observe it by turning 50 this year. While all of these are 10 years younger than me, it is no less of a celebration that we have shared this momentous year together. Happy 50th!